As college football recruiters called, texted and emailed this past year, Kandler Martin’s high school football coach made a habit out of telling anyone who would listen: Martin is on the cusp of stardom.

The Virginia high school football season was delayed to spring, preventing Martin from playing in the fall and perhaps making a convincing case for himself on the field during the normal recruiting cycle.

Once play started, however, the senior defensive end terrorized opponents. And in this past Saturday’s Virginia 5A championship game, Martin made one last impression.

Martin made nine tackles, four sacks and forced a fumble that he also recovered as Stone Bridge beat Highland Springs in overtime, 13-10, to win its second state title. For his efforts, Martin was named the Military Bowl DC Touchdown Club High School Football Player of the Week.

While much of the postgame focus was on the sensational game-winning, one-handed touchdown catch by wide receiver Jacob Thomas (last week’s DC Touchdown Club Player of the Week), Stone Bridge coach Mickey Thompson kept shaking his head at Martin’s performance.

“I walked away thinking that was one of the best defensive games we’ve ever had here,” said Thompson. “He was all over the place. He’s been overshadowed the whole time. He had an unbelievable game.”

Martin’s biggest play was a sack that forced Highland Springs to settle for a field goal on the opening drive of overtime. It was Martin’s 16th sack this season — four short of Jonathan Allen’s single-season school record of 20, though Thompson noted that Martin had only 10 games in this shortened season.

At 6-foot-2 and 250 pounds, Martin has good size for a high school player, but college coaches often look for players with bigger frames. He did not have any college football scholarship offers until January, when he quickly accepted an opportunity to play for VMI. Martin’s twin brother, Skylar, is a linebacker who has accepted a scholarship to play for James Madison University. 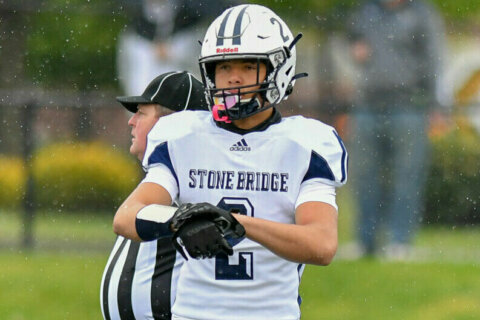 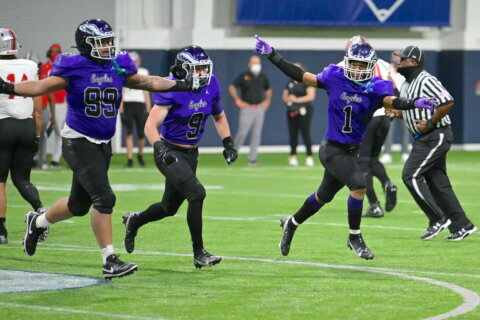 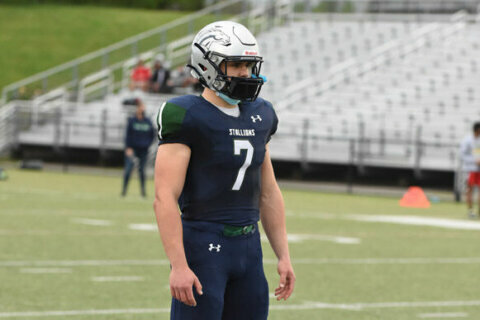