Rethinking the way we raise our boys

In today’s cultural and political climate of #MeToo, bullying, substance abuse and mass shootings, parents are questioning convention and asking, “Are we raising our boys all wrong?”
Listen now to WTOP News WTOP.com | Alexa | Google Home | WTOP App | 103.5 FM
download audio
Giving parents something to think about when it comes to raising boys (WTOP's Rachel Nania)

Raising children has never been an easy job.

Parenting is wrought with anxieties, uncertainties and inevitably, failures. But in today’s cultural and political climate of #MeToo, bullying, substance abuse and mass shootings, parents are questioning convention and asking, “Are we raising our boys all wrong?”

“We really are in a unique time in history when traditional masculinity has been profoundly disrupted by the broader movement for gender equality,” said Michael Reichert, a psychologist, founding director of the Center for the Study of Boys’ and Girls’ Lives at the University of Pennsylvania and author of “How to Raise a Boy: The Power of Connection to Build Good Men.”

“That has cast a light on boyhood and the kinds of things we’ve taken for granted, [things] we’ve normalized in boyhood for generations.”

One example of a normalized boyhood experience is the notion that young men should be stoic and slow to show emotion. Messages such as “don’t be a mama’s boy” and “act like a man” are ingrained in society, penetrating music, movies, even marriage.

Playing into masculine norms comes at a cost, however — something Reichert calls “an inconvenient truth about boyhood.”

Male teens are more likely to drive recklessly than their peers. In 2016, the motor vehicle death rate for male drivers ages 16 to 19 was double their female counterparts, according to the U.S. Centers for Disease Control and Prevention. Among male drivers ages 15 to 20 who were involved in fatal crashes in 2016, 32% were speeding and 21% had been drinking.

High school boys drink more frequently and heavily than girls, and men are more likely than women to use almost all types of illicit drugs, resulting in more trips to the emergency room and overdose deaths, according to the National Institute on Drug Abuse.

“Losses of virtue, and connection and educational opportunity — even losses of life — has characterized boyhood for generations,” Reichert said.

“And I think the real blessing of the movement for gender equality is that we’re actually able to look at boyhood more honestly and ask ourselves, ‘What’s going on that we’re producing such negative outcomes so routinely?’”

Rather than encouraging boys to detach from their emotions, Reichert said parents can help their sons build emotional literacy by “[creating] conditions in the relationship where he can really be himself and show what’s in his heart.”

“He’s only going to do that if he’s not afraid of being judged or blamed or censored. We’ve got to get a check on the reactive ways that we parents sometimes respond to our sons when they show us aspects of who they are or who they’re becoming,” Reichert said.

Another step parents can take is to become more self-aware of the “routine myths and stereotypes” that plague boys — and Reichert said everyone is guilty of this.

“There isn’t a parent today who isn’t part of the problem, who isn’t contributing to the reproducing of an outdated model of what a boy is and the kinds of skills that a boy needs to master. We’re all, essentially, carrying the virus and we’re passing it along to our sons,” he said.

An example of one routine myth is the “boys will be boys” belief.

“Some mothers who find themselves confronting a boy who makes his hand into a gun or who loves rambunctious play come to believe that it’s hormones; it’s brain differences, genetic differences that make their son who he is,” said Reichert.

“We no longer dare to say that biology is destiny when it comes to girls and women, and that’s because the incorrectness of that myth has been proven in the last generation or two. But we still, I think, harbor the belief that boys, men, are more dominated by primitive hormonal impulses — as if we guys are not capable of regulating those impulses with our minds and our brains.”

A consequence of playing into this prejudice is the perpetuation of bullying and violence among boys. Reichert said young boys are “steeped in violence” from the time they leave their homes to “hangout at playgrounds or in school yards and whatnot.”

“What [a young boy will] contend with is boys that are pushing and jumping and seeking, in one way or another, to dominate. And what’s going on there isn’t innate. It is the effect of conditioning — urging boys to compete with each other, to be top dog in kind of a brutal winner-take-all peer culture,” Reichert said.

Government data show boys are more likely to bully than girls. Men are also more likely to commit crimes, compared to women. The majority of mass shootings have been carried out by men.

Reichert said parents need to be realistic about what their sons are contending with and what they’re absorbing, “without being either approving or disapproving.”

“Our job is to be … what we call ‘a holding environment’ for our sons. We need to be bigger than them and in a position to receive whatever they express and help them learn to self-regulate by venting the distress, the emotional energy that they’re carrying in their hearts,” Reichert said.

“We need to offer them the kind of confidence and security that we know them and we love them and we welcome them to show who they are.” 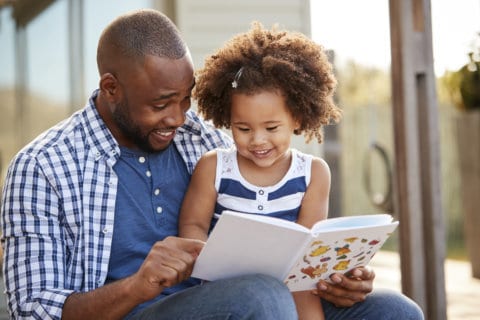 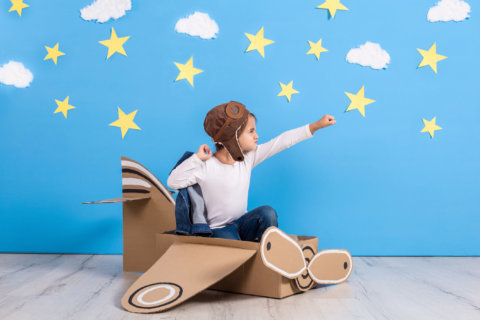