Play is an integral part of childhood, but most kids today aren’t getting enough of it.
Listen now to WTOP News WTOP.com | Alexa | Google Home | WTOP App | 103.5 FM

WASHINGTON — Dressing up as firefighters, building forts out of pillows and organizing games of tag are memories most adults associate with childhood. But kids today might not have that same connection.

According to new research, children between the ages of 2 and 10 are spending more time on devices than they are spending engaged in either indoor or outdoor free play.

In a study conducted by Melissa and Doug and Gallup, researchers found that children spend an average of 18.6 hours of their free time engaged in screen-based play per week and 14.6 hours on indoor screen-free play. An average of 10.6 hours are spent on outdoor play.

This comes at a time when pediatricians and psychologists are advocating for more undirected playtime for kids.

“[Play] really is responsible for building all the skills that are most important to make us independent, self-sufficient, problem-solving adults,” said Melissa Bernstein, who co-founded the Connecticut-based toy company, Melissa and Doug, with her husband in 1988.

“Without it, you will never discover who you are and what brings you joy. It is through childhood and play that we discover what we love and what makes us tick.”

The American Academy of Pediatrics credits play for its ability to build confidence, resilience and conflict resolution skills. Some experts attribute the country’s uptick in childhood depression and anxiety to a decline in play.

Yet despite its known physical, cognitive, social and emotional benefits, playtime is taking a back seat to academics and organized, structured activities. Bernstein said this is because parents have become focused on raising “successful” children — the benchmark for which is admission into an elite college.

Eighty percent of parents surveyed in the Gallup study acknowledged that unstructured, child-led play helps to foster creativity, but only 22 percent listed creativity as one of the more important qualities for children to develop by age 10.

Bernstein said all of those elements are important, but “innovation and creativity is what we need more than anything.”

“Creativity and innovative thinking and problem solving all come through being imaginative and playful when you’re young,” she added.

If you’re looking to encourage more child-led free play at your house, Bernstein has some tips.

First, as hard as it may be, don’t direct your child to a specific activity. Instead, offer them an idea or two, and let them take it from there.

Bernstein, a mother of six children, likes to create and place “inspiration baskets” around the house. She’ll make one that’s an arts and crafts basket, another that’s a game basket or a dress-up basket.

“So when your kids say, ‘I’m bored,’ the tendency isn’t to just allow them to go onto technology or tell them exactly what to do, which is another thing we as parents do,” said Bernstein, who recently launched a Take Back Childhood campaign to raise awareness around the importance of play.

The American Academy of Pediatrics recommends parents organize playgroups, beginning around the age of 2 or 3. Don’t dictate the activity, but give the children a dedicated space and a few tools they can use to play together.

Finally, Bernstein said pencil in time to play. Everyone is busy, but if you schedule time for free play, just as you would any other activity, it’s less likely to be an afterthought.

“[Play] really builds the foundation for a happy and productive and fulfilling life,” Bernstein said. 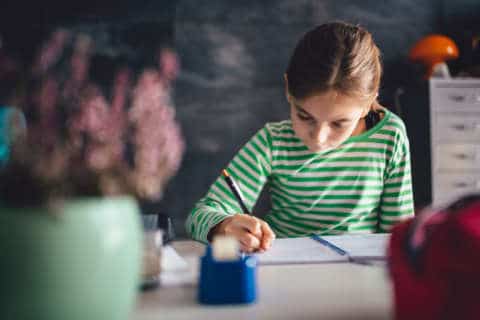 More kids plagued with chronic stress: Why it’s happening, how to help

It’s time to cut the cord — with your college student 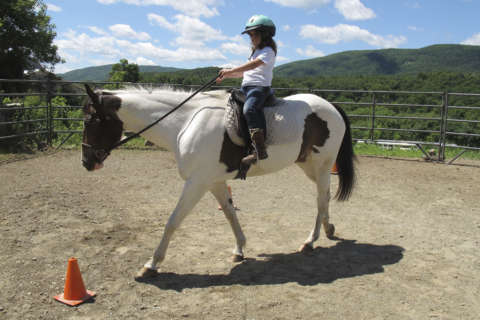