TODAY star opens up about infertility struggles and balancing family vs. career

In 2014, TODAY style editor Bobbie Thomas decided to put an end to the whispers when she talked about her struggles with infertility on national TV. Now, she wants others to speak up and do the same.
Listen now to WTOP News WTOP.com | Alexa | Google Home | WTOP App | 103.5 FM
download audio
February 9, 2023 | Bobbie's latest buzz is a serious topic that impacts millions (WTOP's Rachel Nania)

WASHINGTON — Every week, Bobbie Thomas appears on the TODAY Show to share her favorite skin care treatments, the latest manicure trends and the top shades of the season. But in 2014, the NBC style editor tackled another topic on national television: infertility.

“We’ve had some questions lately about my appearance. I have gained a few pounds and I’m very proud of that because I am in the midst of IVF. And it takes a village to raise children, but to make them too,” Thomas told viewers during her weekly TODAY Show segment “Bobbie’s Buzz.”

Since that admission, Thomas has made it her mission to speak up about the stigma that surrounds infertility and to encourage women — and their partners — to seek information earlier rather than later. She wrote a blog for TODAY and let the morning show chronicle her journey.

Recently, she signed on as spokesperson for the national Fertility Facts campaign, an awareness project from Ferring Pharmaceuticals, the American Society for Reproductive Medicine (ASRM) and RESOLVE: The National Infertility Association.

Like many women, Thomas says her career was always a priority. The former E! red carpet host and Fashion Police co-host only started making room for her personal life once she reached a stable place in her career. At 39, she married lawyer Michael Marion and her thoughts turned to family. She never thought she’d have trouble having a baby.

“We watch these celebrities well into their 40s conceive children and think, ‘Oh, anybody can do it — modern medicine, that’s totally cool,’” said Thomas, now 42. “[There’s] a misleading concept that modern medicine is just going to make it work overnight. And that’s not the case.”

Thomas didn’t wait long to talk to a reproductive specialist. She’d been told there was no need to worry about discussing infertility until after a year of trying to conceive. However, she went against that advice when a friend in her 20s had difficulty becoming pregnant.

“Had I taken that advice and not seen a reproductive specialist, Miles would not be here,” Thomas said, referencing her 14-month-old son.

Thomas recognizes her privilege in the situation, both of having access to some of the country’s best doctors and being able to pay the high cost of treatments. The American Society for Reproductive Medicine classifies infertility as a disease that affects one in eight couples.

According to Forbes, the cost of in vitro fertilization (IVF), one treatment for infertility, runs between $12,000 and $20,000 for each cycle, and only 15 states have laws requiring insurance coverage for infertility treatments.

“I was so lucky, incredibly lucky. I had less than an 8 percent chance of having Miles … but I will never forget the women who did not get that outcome,” she said.

Reaching out to a reproductive specialist was the first step. Next came a seemingly endless cycle of doctors appointments and needles — and whispers.

“People were asking questions and I whispered often, ‘I’m going through IVF,’” Thomas said. “I think it’s a sensitive issue because somebody often feels like a failure. I know I did in my situation.”

Thomas learned she was not alone in that feeling when she announced her struggles on live TV.

“We could not believe the outpouring of feedback from people everywhere. That was the beginning of realizing ‘no more whispers,’” she said.

“I think because we whisper too often, we don’t talk about this, and the worst part of it is that we don’t get accurate information.”

Thomas’ biggest piece of advice to those who want to start a family: Start talking immediately and seek advice from a medical professional — “not what my sister’s cousin’s friend’s neighbor said.”

“We have to get over being embarrassed to talk about it in the first place. So many people are affected by this and we just don’t talk about it. This should be a topic that’s comfortable,” she said.

Thomas is not alone in delaying motherhood. Data from the Centers for Disease Control and Prevention shows that the proportion of first births to women aged 30 to 34 increased 28 percent and those among women over age 35 went up 23 percent from 2000 to 2014.

Climbing the career ladder is a major reason the U.S. is seeing this shift. A Pew Research study found that 40 percent of women think it’s better to wait to have children until one is well established in her career.

Thomas says in today’s society, both professional and personal dreams can be a priority.

“I’m a great example of the fact that we plan for everything in life, mainly our careers … but I didn’t think about my personal life … That shouldn’t take a back seat to those other dreams that you have,” she said.

“I think you can have it all, but sometimes not at once, and you have to choose how to prioritize and how to find that balance.”

Thomas just recently launched her own beauty line, while maintaining her role as TODAY’s style editor. But these days, her “must have” accessory is a platform to help other families who want children.

“The earlier you learn about your body, the more bang for your buck you’ll get through the whole ride that we call life,” she said. 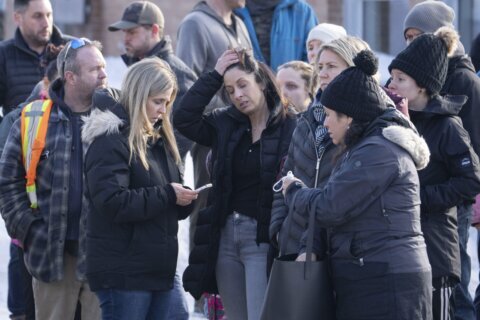 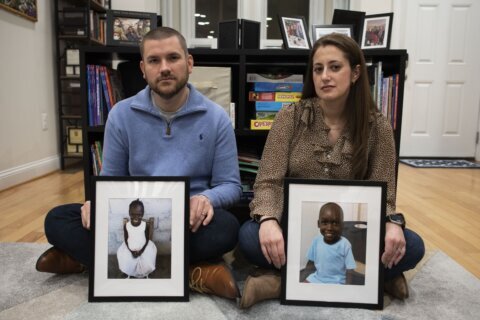 Passport rush blamed on US policy stalls adoptions in Haiti