LANDOVER, MARYLAND - AUGUST 20: Ryan Fitzpatrick #14 of the Washington Football Team calls a play during the NFL preseason game against the Cincinnati Bengals at FedExField on August 20, 2021 in Landover, Maryland. (Photo by Greg Fiume/Getty Images)

Can the Washington Football Team become the first repeat NFC East champion in 17 years or will Dak's return to Dallas give the Cowboys the edge? Rob Woodfork has the answers in his NFC East preview.
Listen now to WTOP News WTOP.com | Alexa | Google Home | WTOP App | 103.5 FM

Yes, Dak Prescott is back from the horrid ankle injury that cost him most of the 2020 season — the Cowboys offense plummeted from 32 points per game to just 21 while he was sidelined. But there’s a legitimate question as to whether he’ll be able to perform at his old level. The O-line is healthier than it was last year, and it’s well-known the skill position players are among the most talented on paper — especially if Zeke Elliott stops fumbling and gets back to running wild.

The big question mark is the Dallas defense: The 2020 unit was the worst in franchise history and among the worst in the league last year. First round pick Micah Parsons is going to be a special player roaming the middle of that defense for years to come, and I expect him to be a Defensive Rookie of the Year candidate, if not the front-runner. But expecting Dan Quinn to turn a dumpster fire into anything beyond a middle-of-the-road unit is a fool’s errand.

A lot of people are high on Washington (ESPN’s Mike Greenberg has basically made it his go-to offseason hot take) and I find his reasoning sound.

In a league like the NFL, it’s hard to imagine it could have a secret like the Washington Football Team.

With a good QB, a dominant DL and winning coach, don’t be surprised if they end up in the Super Bowl. @Espngreeny pic.twitter.com/u074oDhXoC

I’ll start with the paper positives: Ron Rivera’s Carolina teams did not post consecutive winning seasons during his eight full seasons, but they did make the postseason three years in a row and four out of five. In that stretch, the Panthers went a combined 34-13-1 and reached a Super Bowl.

Rivera achieved that with a strong defense, and he’ll have that again in Washington. The D-line is the best in the league, led by Chase Young, the unquestioned face of the franchise and probably a good bet for Defensive Player of the Year if he improves in his sophomore season. First-round pick Jamin Davis is the kind of speedy linebacker who can wreak havoc, and Landon Collins looks explosive in his return from a season-ending Achilles injury.

Oh, but the offense.

It’s definitely more talented than last year’s eyesore, and new QB Ryan Fitzpatrick is at the very least fun and enigmatic. He’s ranked among the NFL’s elite passers in recent years — fifth in Total QBR last season and eighth in 2019 — but he’s playing on his ninth NFL team for a reason and in line to make undesirable history in 2021. He’s definitely an upgrade over last year’s QB mess though, and if he stays healthy, Terry McLaurin will have a breakout third season, thanks in part to the presence of Curtis Samuel and Logan Thomas (assuming Samuel ever gets healthy; he’s barely touched the field since training camp opened).

But, as any D.C. sports fan will tell you, things rarely turn out as well for the Burgundy and Gold as they look on paper.

The fact is, “Fitzmagic” has never made the playoffs, and there’s always an unforeseen factor that derails Washington the year after a playoff appearance (rare as they’ve been). This year, they face the following quarterbacks: Tom Brady, Aaron Rodgers, Patrick Mahomes, Russell Wilson, Josh Allen, Dak Prescott (twice, presuming he’s healthy) and Justin Herbert. Fitzpatrick will be the inferior QB in roughly half of Washington’s games. That feels more meaningful than the fact that he’ll play in only four games against defenses that were ranked in the top 10 last year.

Ultimately, the Burgundy and Gold’s season comes down to the final stretch: Washington will be the first team since the 1995 Bucs to play five straight division games to close the season. Given the difficulty of the schedule, it’s hard to see them making the playoffs with anything less than a 4-2 division record.

Washington is good — and potentially great — on defense and undeniably better than last year at the skill positions on offense. But a tough schedule, the uncertainty along the offensive line and Fitzpatrick’s “feast or famine” streakiness leads me to believe the Burgundy and Gold won’t be as vastly improved as people think.

New York is the most puzzling team in the NFC East. I could legit see this team winning 9 or 10 games or bottoming out completely. So I flipped a coin and chose the latter.

I’m joking, of course. But for real — this is a do-or-die season for Daniel Jones.

The 2019 sixth overall pick enters his third season with high expectations after a down sophomore campaign, but Jones will have to live up to them with his favorite target, Evan Engram, hampered by a preseason calf injury and mixed results from first-round pick Kadarius Toney.

Getting Saquon Barkley back and adding Kenny Golladay in free agency will only help Jones — but it also removes any excuses for him to keep hovering around his career passer rating of 84.1. So far, he’s proven to be a turnover machine when he plays anyone other than Washington, and he’s far less consistent than a player drafted sixth overall should be — especially when 2020’s sixth overall pick, Justin Herbert, is already developing into a star befitting Los Angeles.

The Giants’ defense was low-key pretty good last year, ranking in the top 10 in scoring, and I like the addition of second-round rookie Azeez Ojulari to help the pass rush. There’s just something “off” about this team, and I see Big Blue extending their franchise record to five straight 10-loss seasons.

Ok, I’ll try to not let Nick Sirianni’s lackluster and confusing press conference sway me too much here — but there’s little reason to believe Philadelphia will be significantly better this year.

Let’s see, where do we begin? Well, the owner himself says the Eagles are in a transitional period (which he would know intimately, given his meddling); the rookie head coach insists on calling his own plays (which I generally hate for even an experienced head coach to do), and they just took an NFL-record $34 million dead-cap hit to get former franchise QB Carson Wentz out of town. His replacement, second-year second-rounder Jalen Hurts, comes with many questions that will have to be answered before they spend a bunch of draft capital to chase the likes of Deshaun Watson or Russell Wilson in 2022.

The Eagles’ best players on defense — Fletcher Cox, Brandon Graham and Darius Slay — are all on the back nine of their careers, so that unit could fall apart at any time if none of the young players step up. Longtime Washington pass rusher Ryan Kerrigan may or may not have enough tread left on the tires to do anything about it, either.

On the plus side, the travel schedule sets up well for them toward the end of the season, so they could conceivably be good enough to play spoiler. But it takes a lot of dysfunction to push a Super Bowl team this far into despair in just three years — and dysfunction is a key ingredient for losing. It’s gonna rain batteries in Philly. 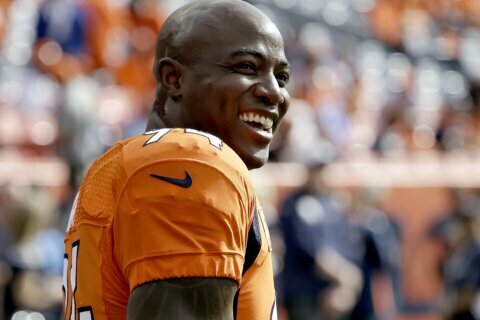