The NFC East is the Eagles' to win — but the rest of the division will be scrambling to catch them and maybe even a wild card playoff spot.
Listen now to WTOP News WTOP.com | Alexa | Google Home | WTOP App | 103.5 FM
(1/4) 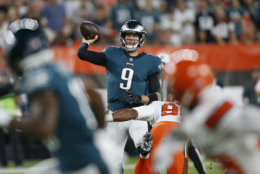 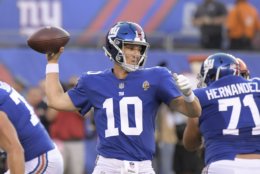 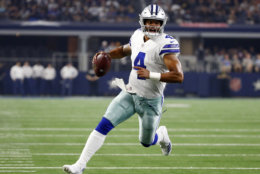 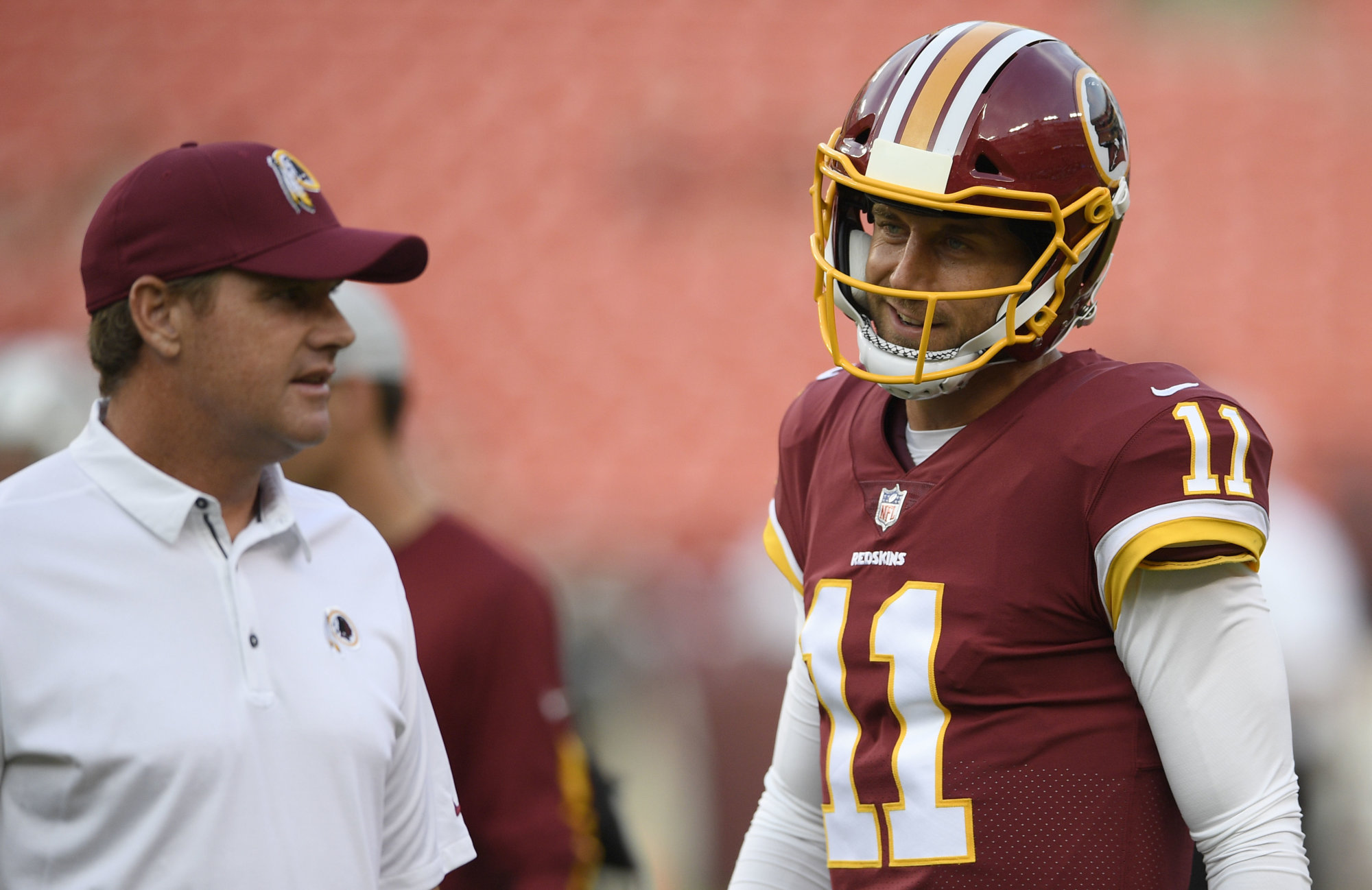 Life is good in Philadelphia.

Howie Roseman and Doug Pederson have shiny, new contract extensions, and the latter even parlayed his Super Bowl success into a new book. Their Super Bowl MVP backup quarterback remains in the fold, and the MVP-caliber starting QB is expected to return from injury soon.

But Nick Foles had a luckluster preseason and Carson Wentz still hasn’t been cleared to play, so it begs the question: Was Foles’ historic playoff run a Flacco-esque anomaly, or something the Eagles can rely on while Wentz recovers from last year’s knee injury?

The offense will need the latter to be true if Philly is going to come close to the 13 wins the Eagles notched in 2017, especially with 35-year-old Darren Sproles coming off a season-ending injury and Alshon Jeffery still recovering from offseason shoulder surgery.

The defense should remain strong, adding some talented-but-older depth on the D-line (Haloti Ngata and Michael Bennett). Thus, I expect the Eagles to fly high in a division that’s theirs to win. It’s just a matter of whether they can reclaim their perch atop the entire league. With Wentz still a huge question mark, and contenders like the Saints, Vikings, Rams and Jaguars on the schedule gunning for them, I see the Eagles missing out on another trip to the conference championship game.

The Giants were derailed by injuries and bad coaching, and Pat Shurmur is in Gotham to ensure at least one of those changes in 2018. Last year’s misery netted them all-around playmaker Saquon Barkley with the second overall pick, and he’s backed up by 31-year-old battering ram Jonathan Stewart. That should take the long-dormant ground game from a weakness to a big strength, which will help ease the pressure on the aging Eli Manning and the passing game.

Jason Pierre-Paul is gone from a defense in transition, as the Giants move to a 3-4 front. Stud players like Damon Harrison, Olivier Vernon and Landon Collins should still be productive but there could be some growing pains, especially in the front seven. The Giants will be competitive but don’t expect a trip to the postseason.

The success of the Dallas Cowboys begins and ends with their offense — and it just so happens to be the most questionable unit on their team.

The ‘Boys’ vaunted offensive line has taken multiple blows, with Zack Martin trying to shake off a preseason knee injury and Travis Frederick out indefinitely with a rare autoimmune disease that a former Pro Bowler needed a year and a half to recover from.

Missing two perennial Pro Bowlers is bad news for Dak Prescott, who already has to contend with a receiving corps lacking a true No. 1 option after the departure of Dez Bryant and Jason Witten’s sudden retirement. We’re about to find out how good Zeke Elliott really is.

On defense, David Irving continues the Cowboys’ annual tradition of having at least one player suspended (four games), but a front with DeMarcus Lawrence and Randy Gregory should be strong, and Jaylon Smith might finally be ready to realize his huge potential more than two years after his catastrophic leg injury in the Fiesta Bowl. But that won’t be enough to keep Big D out of the middle of the pack.

If this were 2013, I’d love the Alex Smith-Adrian Peterson backfield tandem.

But it’s 2018. And while Peterson’s MVP season in 2012 taught me never to bet against him, history suggests being a productive 33-year-old running back won’t happen — and I’m on record as saying the trade for Smith is a net loss because it cost them Kendall Fuller just to break even at QB.

Smith will be good for the ‘Skins, but he won’t have the same weapons in Washington as he did in Kansas City. Rookie RB Derrius Guice was lost to a season-ending knee injury in the preseason opener, and X-factors Jordan Reed and Chris Thompson are coming off season-ending injuries. Neither has a particularly good track record for staying healthy.

The defense will need guys like Quinton Dunbar and Fabian Moreau to play well to offset the loss of Fuller, and the Crimson Connection (first round rookie Da’Ron Payne and former Alabama teammate Jonathan Allen) will need to play up to their draft status if the run defense is going to be any good.

The season’s first two weeks will be crucial for the ‘Skins. They again kept their best players off the field in the preseason, lending itself to the kind of slow starts to the regular season that have plagued Jay Gruden in his now five-year tenure, the longest of any head coach in the Snyder era.

If the Redskins start the season losing winnable games to the Cardinals and/or Colts, struggle in-division, and fail to compete against tougher opponents like the Packers, Saints, and Jaguars — all very plausible, if not probable — it could very well be his last.