High-paying jobs for teens Food, clothes, video games and makeup account for much of the money teenagers spend, according to…

Food, clothes, video games and makeup account for much of the money teenagers spend, according to the fall 2018 Piper Jaffray Taking Stock with Teens survey of more than 8,600 American youth with an average age of 15.9 years. Some get cash from their parents, while others must or prefer to earn their own spending money.

While a few lucky teenagers with large online followings have built careers as influencers, it’s tricky for most young people to figure out how to make money on social media. So how can a typical teenager earn money? Read on to learn about the best-paying jobs for teens. Insight comes from the Best Jobs of 2019 rankings, the Bureau of Labor Statistics and Snagajob, which specializes in job search for teens and young adults.

It’s gotten less and less common for teenagers to work, thanks in part to increased emphasis on education and college preparation. In 1979, 57.9 percent of teens had jobs, while in recent years, the rate has hovered around 34 percent, according to the BLS. Those are annual averages, but the trend holds for summer jobs, too: In July 1978, 71.8 percent of teenagers had jobs, compared to just 43.2 percent in July 2016. Young people generally must be 14 years old to work, and working hours are limited for those under 16, according to Fair Labor Standards Act regulations. Exceptions are made for children working for their parents, delivering newspapers, acting and babysitting. Some companies will only hire teenagers who are at least age 18 or who have earned high school diplomas.

There’s a youth minimum wage that U.S. employers may apply to workers under age 20. For the first 90 consecutive calendar days of a job, teen workers can be paid as little as $4.25 an hour — and that applies to every new job a teen starts. However, most positions listed on Snagajob pay at or slightly above the general minimum wage, says Dane Schwartz, the company’s senior manager of product marketing. As of January 2019, the federal minimum wage is $7.25 per hour, but many states and cities set higher minimum rates. That means teens in places like Colorado, Massachusetts and Oregon will likely make more money per hour than teens in South Carolina, Texas and Utah.

Demand for teenage workers changes with the seasons. Snagajob sees big hiring spikes in May and June as retail and hospitality companies prepare for increased summer business and in October and November as they gear up for the holiday rush. There are also peaks at the start of the new year and end of the summer, when many students leave seasonal jobs to return to school. To take advantage of seasonal job opportunities, teenagers should apply early and do their best to make great impressions on their supervisors, who may be interested in hiring them for full-time roles in the future.

Industries that employ a lot of teenagers include food service, hospitality, customer service, retail and automotive, according to Snagajob data. In 2018, the job titles that attracted the most teen applications through the platform were:

— Team member (often at a restaurant).

Restaurant cooks and food preparation workers clean and sanitize kitchens, ensure food is safe and, of course, make the meals customers order. Cooks make a median of $11.52 per hour, while their assistants make $10.93 per hour, according to the BLS.

Work as a retail salesperson entails helping customers make purchases, taking inventory, stocking shelves and making sure stores maintain attractive appearances. Median pay is $11.24 per hour, according to the BLS.

Cashiers process payments and interact with customers in a variety of shops and restaurants. They may have other responsibilities including stocking shelves and janitorial duties. Median pay is $10.11, according to the BLS.

Waiters and waitresses serve food and drinks to customers and help ensure they have pleasant experiences at restaurants. In some states, employers can pay these servers less than minimum wage as long as their tips meet a certain level. The potential to earn high tips may appeal to some teenagers: “It pays well in the sense that typically, the harder you work and the better service you perform for patrons, the better tips you receive,” Schwartz says. Median income for waiters and waitresses is $10.01 per hour, according to the BLS.

Acting is a job open to teens of all ages. It’s hard to break into because there is lots of competition for roles in commercials, theater productions, movies and television shows. However, the money can beat minimum wage: Median pay is $17.49 per hour, according to the BLS.

Teenagers can work in recreation as camp counselors, golf caddies and lifeguards, which tend to be seasonal positions. Camp counselors plan activities and supervise children, while lifeguards monitor beaches and swimming pools to ensure people stay safe. Median pay is $11.80 per hour, according to the BLS.

Babysitting jobs are classic opportunities for teenagers to earn money. Some opportunities are found through relationships, like a neighbor occasionally asking for child care help, while others are available through online platforms like Care.com and Sittercity. The average babysitting rate is $16.43 for one child, although it varies by city, according to UrbanSitter’s 2018 child care survey of more than 20,000 families nationwide.

There are several job opportunities for young animal lovers. Dog walkers and pet sitters may find their own clients, while animal grooming positions are available in retail settings. Animal care and service workers make a median of $11.13 per hour, according to the BLS.

Car service shops hire teens to work as junior technicians and apprentices to auto mechanics, Schwartz says. Work may include testing car systems, replacing parts and performing basic maintenance. Median pay for automotive service technicians and mechanics is $19.02 an hour, according to the BLS.

Gig work has become a popular way for people to make extra cash. The Uber age requirement and Lyft age requirement for drivers are both 21 years old, but there are other delivery service gig jobs available for teenagers who are at least 18. For example, older teenagers are eligible to work for Postmates and DoorDash delivering food to customers. Online jobs for teens include some gig opportunities, such as writing, designing, selling and taking surveys.

High-paying jobs for teens include: 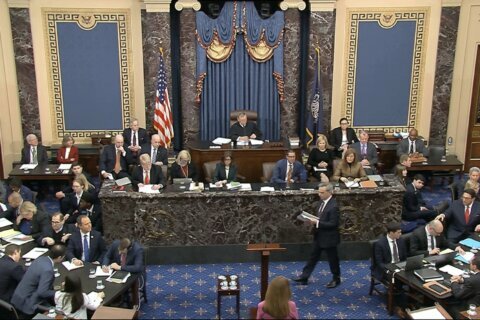