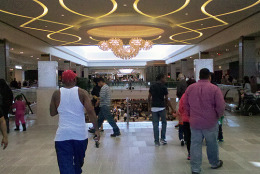 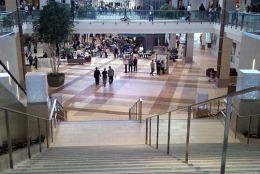 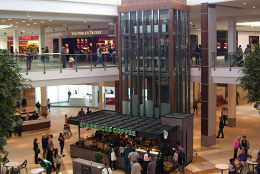 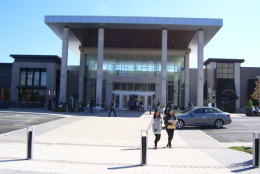 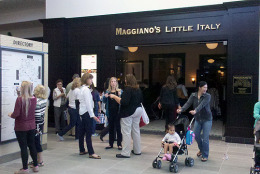 SPRINGFIELD, Va. – Shoppers began lining up outside the newly reinvented Springfield Town Center hours before the grand opening Friday morning eager to see what replaced the retail hub once known as the Springfield Mall.

A more than $250 million reconstruction transformed the old mall into a new shopping destination. The mall has opened in time for the holiday shopping season to get underway. The town center offers valet parking seven days a week, which came in handy Friday as the parking lot was packed.

Gary Cantrell, who was among those lining up at 4 a.m., says the old mall was a huge part of his life.

“I had my first date here, I met my friends here,” he says. And he’s looking forward to making new memories at the new town center.

Amie Jordan, who works across the street from the new town center, stopped by during her lunch break to check it out.

The town center’s General Manger Eric Christensen says the center’s retail space is about 80 percent occupied and the center will be as much as 90 percent full by next year.

Among the changes shoppers will see at the new town center:

Among the stores that have leases at Springfield Town Center:

‘We owe this to them’: Shoah survivors in vaccine spotlight

Navalny ally vows to press for his freedom despite crackdown