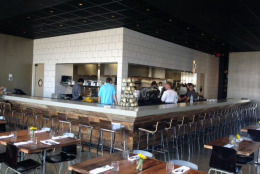 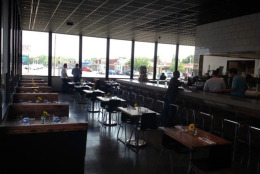 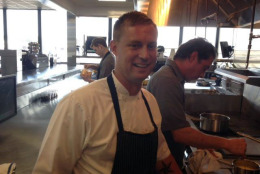 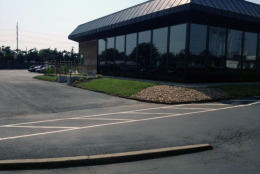 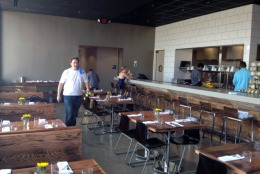 FREDERICK, Md. – First there were rumors. Then the rumors started to sound official.

Now, I’m hearing these rumors from not only people on the street, but from other restaurant people: The Volt is building a diner on North East Street in Frederick, Md.

The Volt, for people who aren’t familiar, is a world class, fine dining establishment where people go for special occasions. It’s not an everyday restaurant, unless you have an oil well in your back yard. It’s expensive, but worth it. The chef and owner, Bryan Voltaggio, has been featured on the Food Network and people from Baltimore, as well as the Washington, D.C. region flock to his restaurant.

Voltaggio’s Diner is called “Family Meal.” Kind of a strange name until Voltaggio explains the naming.

The building stands alone on North East Street in Frederick. It has a modern look on the outside as well as the inside. It looks like a diner with a serious modern upgrade. Sleek in design, and yes, they have booths, but updated. Sorry, no juke box playing Elvis!

The menu will consist of comfort food, meat loaf, mashed potatoes, biscuits and gravy — your typical diner fare. Bryan said he favorite item is the fried chicken. It’ll be incredible because it’s cooked in a pressure fryer. I have no idea what a pressure fryer looks like, but if Bryan says it’s good, then it just has to be.

The prices will be reasonable and the restaurant’s first day for serving will be Saturday, June 23. The restaurant will only have a dinner service until the 4th of July, and by then it will be ready to serve breakfast, lunch and dinner.