Athletic directors and university administrators have to be sure sports programs have proper medical supervision, according to a medical ethicist, who recommends that standardized guidelines be established.
Listen now to WTOP News WTOP.com | Alexa | Google Home | WTOP App | 103.5 FM

WASHINGTON — Athletic directors and university administrators have to be sure sports programs have proper medical supervision, according to a medical ethicist who recommends that standardized guidelines be established.

College-level athletes aren’t getting the same supervision and attention as professional athletes, but they still need to be closely supervised, said Arthur L. Caplan, director of the division of medical ethics at the NYU School of Medicine. He is also co-editor of the book “The Ethics of Sport.”

Citing, as an example, the heatstroke-related death of University of Maryland football player Jordan McNair earlier this year, Caplan said coaches can get out of control and ask athletes to do things that are unhealthy.

Caplan believes coaches and staff need to know what to do when someone gets into trouble. That might include training in everything from CPR to using defibrillators and knowing how to treat conditions such as heatstroke or heart attacks.

Clear guidelines are needed for programs to follow. “It would be good if they could be integrated and made uniform between different sports. It would be good if people could pay attention to men’s and women’s sports,” Caplan said.

Common issues that could be addressed might include when it’s alright to return to play after a concussion, or after a sprained ankle, or allowing athletes with heart conditions or other medical issues to play.

“There are lots of areas where you need clear, transparent guidance,” Caplan said, while noting that programs also would need appropriate supervision to ensure compliance “not just in theory, but to have people stop by practice and see what’s going on.”

That kind of oversight could be difficult for smaller programs with limited budgets.

Another challenge to uniform medical guidelines being established is that authority lies in so many different places, such as the NCAA, major college sports leagues and groups that govern different sports such as USA Gymnastics and other sports, such as fencing and swimming.

Here are a few tips from Caplan to help secure the safety of student athletes:

“I think you need an independent doctor to see your kid when they come home and make sure that [the doctor] determines that they are healthy and fit to play,” Caplan said.

“I wouldn’t just rely on what the doctors say at the school because they may be under pressure or have conflicts of interest.”

Parents and team supporters should press the issue.

Rather, Caplan said people should ask: How are we doing in the effort to protect athletes? Are we doing what we should to make sure that our athletes are healthy as part of how we get prepared to play? 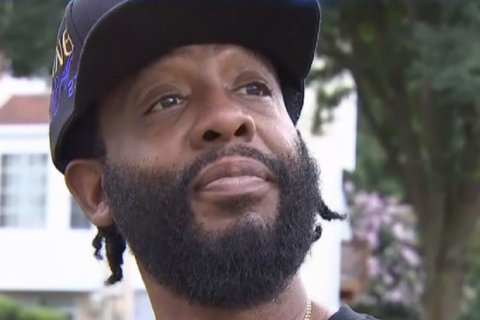