Jordan McNair, of Randallstown, Maryland, was hospitalized after a workout May 29, the school said in a statement, and died on Wednesday. He was 19.
Listen now to WTOP News WTOP.com | Alexa | Google Home | WTOP App | 103.5 FM

WASHINGTON – A University of Maryland football player who was taken to a hospital after a workout last month has died.

Jordan McNair, of Randallstown, Maryland, was hospitalized after a workout May 29, the school said in a statement, and died on Wednesday. He was 19.

“Jordan was a tremendous athlete, student, teammate and friend, and he will be sorely missed,” Executive Athletic Director Damon Evans said in a statement.

Our team is heartbroken with the loss of Jordan McNair. Jordan was an incredible young man, and his passion and enthusiasm made him an invaluable and beloved member of our team. Jordan was a hard worker and he always had a smile on his face. He was an extremely talented football player and a humble and genuine human being. He embodied the essence of what it means to be a teammate. Jordan was a fighter. Over the past few weeks, Jordan never gave up with his family, friends and team by his side. Our team will continue to be inspired by the spirit of this brave fighter. Please continue to pray for Jordan’s family during this difficult time.

McNair was a redshirt freshman last year. He played in one game for Maryland, against Towson, on Sept. 9. He was majoring in kinesiology.

The team didn’t announce the cause of death, nor did it say what had happened to McNair at the time he was taken to the hospital. The Washington Post reported that the University of Maryland announced June 4 that McNair was in “critical but stable condition.”

A GoFundMe page set up June 5 for McNair’s parents said that he had been airlifted to the R Adams Cowley Shock Trauma Center, in Baltimore, and had undergone a liver transplant.

Lord, words cannot explain anything right now. Thank you for allowing me to know a great friend, teammate and a man who was truly a brother. Watch over us all Jordan and rest in peace, Love you forever. 🕊❤

Lost for words and heartbroken, didn’t see this coming…I lost a teammate today and all I can do is pray and continue to talk to you everyday 🤞🏾🙏🏽this only gonna make us stronger and another reason to go even harder for you bro..RIP to my guy Jordan 💔 pic.twitter.com/qgXY637mxh 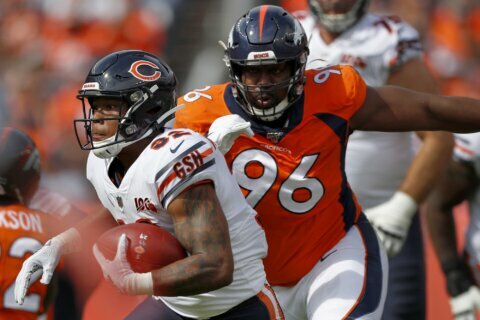 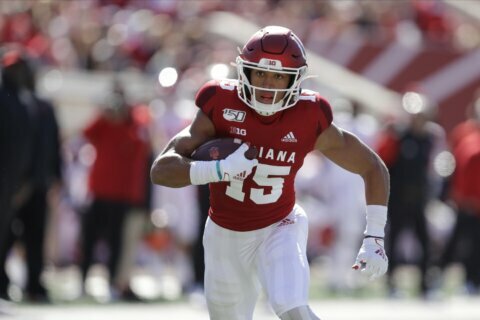