Oct. 12–17: The week began with more cracks in the White House's stonewall strategy. And the investigation would grind on amid a foreign policy crisis in Syria and Wednesday's noisy meeting between Trump and the House speaker.
Listen now to WTOP News WTOP.com | Alexa | Google Home | WTOP App | 103.5 FM

The week began with cracks in the White House’s impeachment strategy of stonewalling.

Marie Yovanovitch, the former U.S. ambassador to Ukraine, had defied the administration’s direction to stay quiet and sat with House investigators for more than nine hours on Oct. 11.

Monday would bring more cracks in that stonewall as Congress returned from recess, and the investigation would grind on throughout the week amid a foreign policy crisis in Syria, Wednesday’s noisy meeting between the president and House Speaker Nancy Pelosi, and acting White House Chief of Staff Mick Mulvaney admitting to a military-aid-for-investigating-Democrats quid pro quo.

Q: Did Mick Mulvaney really say there was a quid pro quo? Out loud?

President Trump’s acting chief of staff later denied it, according to The Associated Press, but he did indeed say as much during a news conference Thursday.

First: Merriam-Webster defines “quid pro quo” as “something given or received for something else.”

Mulvaney acknowledged Thursday that military aid to Ukraine was held up in exchange for an investigation into the Democratic National Committee, as part of an ongoing review of the 2016 election by the Justice Department.

“Did [Trump] also mention to me in the past the corruption related to the DNC server? Absolutely, no question about that. But that’s it. That’s why we held up the money,” Mulvaney said, in reference to a conspiracy theory about alleged DNC wrongdoing being covered up in Ukraine.

Friendly reminder: It is against U.S. election law for “a person to solicit, accept, or receive a contribution or donation … from a foreign national.”

A senior Justice official later distanced the department from Mulvaney’s remarks, saying in a statement: “If the White House was withholding aid in regards to the cooperation of any investigation at the Department of Justice, that is news to us.”

The implication of all this, in the words of the man leading the impeachment investigation, Rep. Adam Schiff: “… Things have gone from very, very bad to much, much worse.”

Simply put, the Florida Republican and Trump loyalist is not on any of the House committees that make up the panel — Oversight, Foreign Affairs and Intelligence. It should be noted that after the House parliamentarian supported Gaetz’s removal, his GOP colleagues got to stay in the room and question witnesses.

(Officially, there are 21 Republicans on Foreign Affairs, 17 on Oversight and nine on Intelligence.)

Other House Republicans critical of the closed-door proceedings tried to get into Wednesday’s hearing as well, with similar results.

“If [Intelligence Committee Chair] Adam Schiff and House Democrats were so proud of their work, they would be willing to show it,” Gaetz said Monday.

Yet Democrats contend that the investigation process has been consistent with House rules.

And in a letter to colleagues Wednesday, Schiff said that their work will indeed be released to the public. He also pointed out that the Nixon and Clinton impeachment investigations were done in private, too.

“It is of paramount importance to ensure that witnesses cannot coordinate their testimony with one another to match their description of events, or potentially conceal the truth,” he wrote, as reported in The Hill.

Q: What do we know about Hill’s closed-door testimony?

The White House’s former top adviser on Russia, like Yovanovitch, complied with a House subpoena Monday — and was even more generous with her time. Hill spoke with the House panel Monday for over 10 hours about the effort to hold military aid from Ukraine until it would look into 2020 presidential candidate Joe Biden.

Hill told House investigators that Trump personal attorney Rudy Giuliani was running a shadow foreign policy on Ukraine that benefited his client, and that former national security adviser John Bolton had characterized Giuliani as a “hand grenade who is going to blow everybody up.”

Bolton had been so concerned about Giuliani’s activities, Hill said, that he directed Hill to speak with a National Security Council attorney.

Another particular quote she cited from Bolton brings the acting White House chief of staff under scrutiny. Bolton reportedly referred to the scheme he wanted nothing to do with as “whatever drug deal [U.S. ambassador to the European Union Gordon] Sondland and Mulvaney are cooking up.”

Sondland declined to testify last week and was subpoenaed, resulting in his scheduled testimony Thursday.

Over the weekend, a source close to Sondland said he would tell investigators that a text message stressing “no quid pro quo” to a concerned colleague was based solely on what Trump told him.

And, on Thursday, Sondland — a donor to Trump’s campaign — reportedly told investigators that Trump had Giuliani handling Ukrainian policy, and that he himself went along, albeit reluctantly.

Q: Who are “The Three Amigos”?

That’s according to George Kent, the deputy assistant secretary of state responsible for Ukraine. He told House investigators Tuesday that the administration wanted the trio to take over Ukrainian policy, according to Rep. Gerry Connolly, a Democrat representing Virginia’s 11th District.

And it was Mulvaney who organized a meeting of the three as early as May 23, over two months before Trump’s phone call with Ukrainian President Volodymyr Zelensky, according to The Washington Post.

Q: What’s up on the subpoena front?

Both Giuliani and Vice President Mike Pence said Tuesday they would not comply with House subpoenas seeking documents by Friday.

Q: Why did Michael McKinley, who had been State Secretary Mike Pompeo’s de facto chief of staff, resign last week?

“I was disturbed by the implication that foreign governments were being approached to procure negative information on political opponents,” McKinley testified, a former colleague told The Associated Press.

He was also reportedly concerned that Pompeo was not standing up for Yovanovitch amid White House efforts to remove her.

McKinley’s overall concerns were so strong that he wasn’t going to wait a month until his scheduled retirement date.

“He said that if the next day they knifed him, they’d happily walk over his body,” one friend told The Post. “He was useful as long as he was useful, and then he was a liability.”

Get a recap of all of the action on Capitol Hill, including the latest on the impeachment investigation, in WTOP’s “The Week on the Hill” podcast. 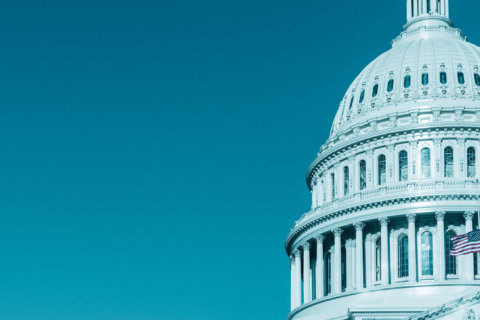 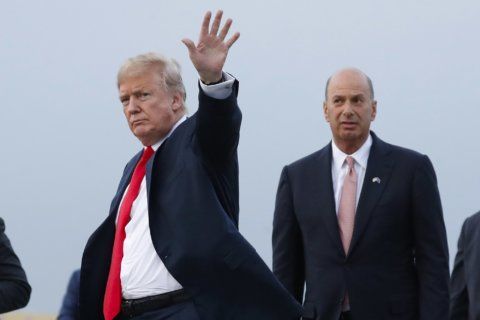 US envoy says Giuliani was given role on Ukraine policy 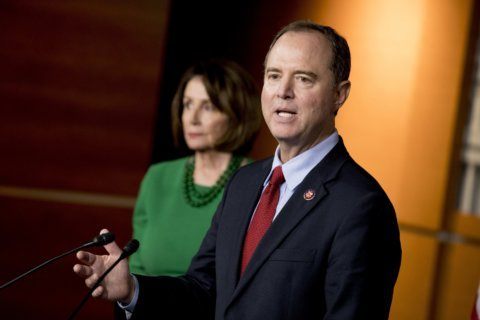