AUSTIN, Texas (AP) — There is a problem with NASCAR and its sport-transforming new racecar.

We know NASCAR found that RFK Racing had made an illegal modification to a vendor-supplied spec part for the car. NASCAR then buried Brad Keselowski and his team with season-crippling penalties to apparently make it crystal clear the series is serious about its Next Gen car.

What we don’t know: What the No. 6 team has been accused of doing or where it was trying to gain an advantage. NASCAR hasn’t publicized what it found during a “teardown” inspection last week at its North Carolina facility. Keselowski isn’t talking, citing his ongoing appeal.

It was just one big speculative mystery this weekend at Circuit of the Americas, where everyone wondered why Keselowski was hit with a staggering 100-point penalty. It dropped the 2012 champion, in his first season as driver and co-owner of Jack Roush’s rebranded team, to last in the standings among full-time Cup Series drivers.

Driver after driver, including Sunday’s winner, called on NASCAR to spill the details. The Next Gen has been the great equalizer through the first six races and has delivered everything promised, with much-improved racing and parity throughout the field.

When the penalties against RFK were announced, Marks immediately called into Trackhouse with a directive to stay firmly within the rulebook.

“I want to know exactly what they did,” Marks said. “If we get two parts from the same vendor and they don’t look exactly the same? We are going right to NASCAR. That’s a big penalty. I don’t want our team penalized.”

NASCAR President Steve Phelps on Saturday told The Associated Press he did not know why his competition officials had not revealed what was found on the No. 6. Garage chatter honed in on an allegedly modified rear bumper, but nobody knows for sure.

This is counterintuitive to the core mission of the Next Gen, an industry-wide project that required total buy-in from every stakeholder. The car is supposed to be in the best interest of the series, a way for less-wealthy teams to compete since the basics are the same for all.

NASCAR rewrote its penalty system ahead of the Next Gen debut to warn it won’t be messing around when it comes to the car. In addition to the points penalty, Keselowski’s crew chief was suspended four races and fined $100,000. And, should Keselowski somehow recover to still make the playoffs, he’ll be docked 10 playoff points at the start of the championship stretch.

Marks and the owners of Spire Motorsports both told AP their employees have been told they will be fired if they play outside the rules. Trackhouse and Spire are two of the small startup new teams benefitting most from the Next Gen.

“I think if you ask everybody in the garage, we’d all like to see what they did,” Spire co-owner Jeff Dickerson said. “Back in the day they used to show the parts, mostly to educate, so I think it would show that they know how to police this car and they aren’t afraid to drop the hammer.

“This new car is our gamble, this was the mortgage, and we told our team on Day 1 that we will not be the example. So we want to know what was done on that car because we will not be caught in the same position.”

NASCAR for decades displayed confiscated parts outside its at-track office, a display of shame that gave teams a look at the cheating attempt of a rival. Kevin Harvick said NASCAR should start displaying seized parts again.

Keselowski crew chief Matt McCall perhaps doesn’t believe he was cheating — and that’s almost certainly got to be part of the defense in RFK’s appeal: the newness of the Next Gen is still such a learning process that a rebuilding No. 6 team inadvertently stumbled into an infraction.

Before the Daytona 500, NASCAR seized the wheels from RFK and Team Penske over modifications. The Ford camp argued the changes were done in the interest of safety and that they alerted NASCAR before they did it. NASCAR let both teams go without a penalty.

Some wondered if NASCAR blistered RFK because the team had tested the inspectors once already.

“The wheels at Daytona? That was a safety issue,” Penske driver Joey Logano said. “This? We don’t know what this is but I’m pretty sure it scares the hell out of everyone.”

Keselowski remained optimistic, telling his crew before Sunday’s race that “I know it’s been a difficult week. Let’s fight real hard and show them what we’re made of.” He finished 14th, but with the penalty he’s ranked 34th in the standings — below David Ragan, who has driven in four fewer races than Keselowski.

Keselowski still thinks he can save the season and make the playoffs for a ninth consecutive year.

The industry deserves to understand how he fell into this hole. 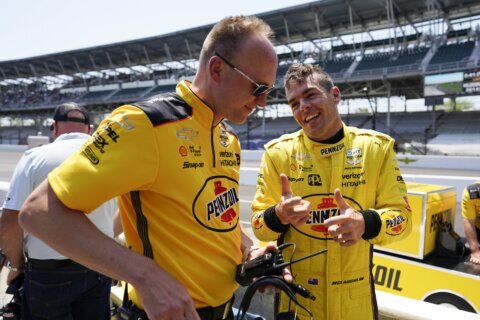 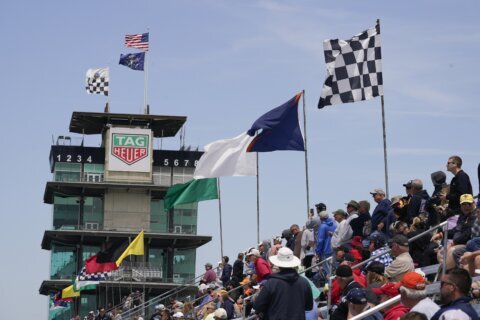 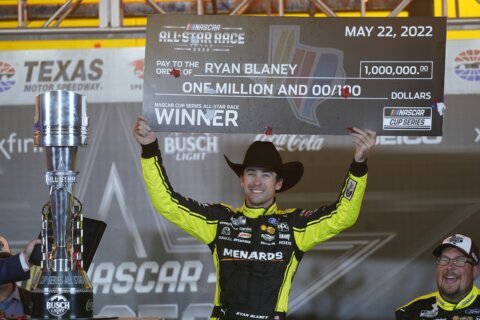