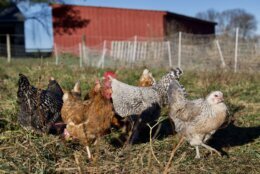 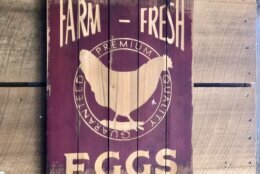 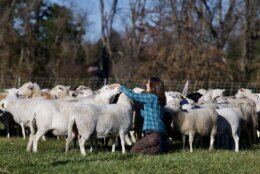 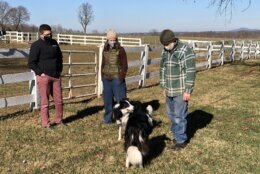 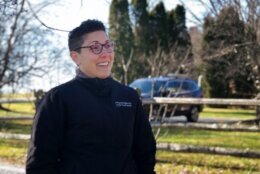 In Montgomery County, Maryland, there’s an ongoing effort provide a stronger link in the supply chain as food banks connect with local farmers in the “Farm to Food Bank” program.

The empty shelves seen at D.C. region grocery stores this winter shows just how fragile the supply chain can be.

Manna Food Center, which operates a sprawling food warehouse and distribution center in Gaithersburg, Maryland, has been working on the issue for nearly two decades, according to Jenna Umbriac, Manna’s director of programs.

On the consumer side, Umbriac said the idea is “to connect people who are experiencing food insecurity with hyperlocal, nutritious, fresh product that’s grown literally in their backyards.”

And on the producer side, the goal is to invest in the local farming community, in order to support a more resilient local food system.

The COVID-19 pandemic and the subsequent blockage in the supply chain over the last year prompted Manna to accelerate its plans.

“We went from working with about four farms to now working about with about 34 farms,” Umbriac said.

Among those is Plow and Stars Farm, operated by Amanda Cather and her husband, Mark Walter. The farm is in Poolesville, in the county’s agricultural reserve where Cather and Walter raise sheep and chickens.

Umbriac said Manna has traditionally focused on providing fresh fruits and vegetables from local farms. “They are usually more in our price range than some of the protein sources.”

But there’s been a shift as Manna works to provide meats, such as pork and beef, and there’s an effort underway to get some local chicken. That chicken could come from Plow and Stars Farm.

The farm started selling some of its eggs to Manna over the summer. “And that was very exciting for us. As farmers, it’s important to kind of be able to meet your bottom line,” Walter said. Manna was able to help, he said, offering a price that was fair based on market value.

Next came the effort to find ways to process chicken for sale to Manna.

But there are a number of investments that have to be made. It starts with buying chicks, a brooder, where the chicks are kept warm and sheltered, and something called a chicken tractor — think of a chicken coop on wheels.

“Probably the more expensive end of things is the processing equipment,” Walter said.

Umbriac said Manna has been able to help out with grants thanks to support from Montgomery County and the Greater Washington Community Foundation.

“We’ve had 20 farms apply for this program this year, and we’re able to provide up to $10,000 for farms to build their infrastructure,” Umbriac said.

Cather said it was important for the farm to be able to find a market while filling a need in Montgomery County: “It’s always been really important to us to grow food for all members of our community.”

Another important thing is to distribute everything produce at Plow and Stars Farm “within the smallest radius possible so that it’s hyper local,” Cather said.

Umbriac and the operators of Plow and Stars Farm say the “Farm to Food Bank” is a program is a win for families who struggle to put food on the table, for farmers who benefit from finding markets closer to home, and Cather says, it’s a win for the environment.

“Because we’re raising these chickens on pasture, we are rotating them every single day to new pasture,” building soil, regenerating the farmland, and sequestering carbon, Cather said. “It’s environmentally sustainable, economically profitable, and allows us to connect with our neighbors.”