Montgomery County, Maryland, police have released a video of an attempted armed carjacking and are asking for the public’s help to identify the suspects.
Listen now to WTOP News WTOP.com | Alexa | Google Home | WTOP App | 103.5 FM

Montgomery County, Maryland, police have released a video of an attempted armed carjacking and are asking for the public’s help to identify the suspects.

According to police, the attempted carjacking took place at 2 a.m. on Aug. 16 at a Silver Spring gas station.

The victim was sitting in his car while filling up his gas tank when two men in a black, four-door Mercedes pulled in front of his car. The two men then exited their car — one was armed with a handgun, police said.

At gunpoint, the suspects ordered the man to get out of his vehicle while they demanded property. One suspect then entered the man’s vehicle and stole property. The suspects then attempted to flee the gas station.

Police did not identify the location of the gas station.

Anyone with information regarding the suspects of the armed carjacking is asked to call the Major Crimes Division at 240-773-5100, or 1-866-411-TIPS. Tipsters can remain anonymous, and a cash reward from Crime Solvers for information leading to an arrest may be possible.

2 men hurt in fall from balcony 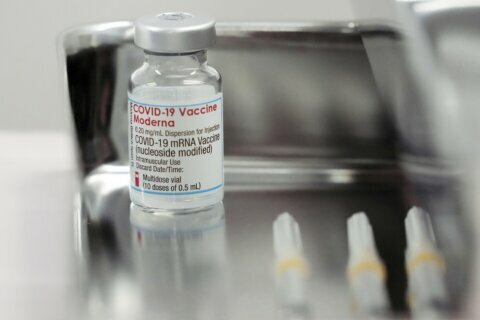