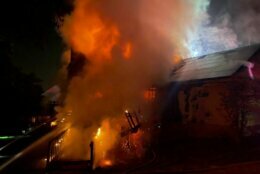 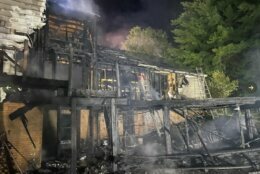 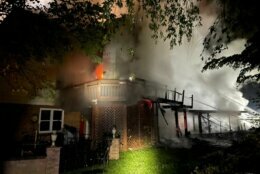 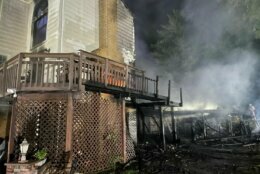 Four people have been displaced after a house fire in Montgomery County, Maryland, on Sunday night.

Montgomery County Fire and Rescue said the fire on Holly Spring Drive in Burtonsville started at about 11 p.m. in either the laundry room or the deck of the two-story, single-family residence.

One of the family said they smelled and saw smoke and flames coming from the deck, which was covered with vinyl flooring, the fire department said. A neighbor called 911.

Officials were told that a contractor installed a new HVAC on Sunday, which a fire spokesperson said “may have involved work on the electrical system.”

He also said that the only ignition source identified that was common to the deck and the laundry room was electrical.

There were no reported injuries. However, the fire caused $1 million in damages.

Officials are still investigating the cause of the blaze. They said the deck and laundry room floor, at the back of the home, collapsed, and that this has limited examination of the area.