There were no injuries reported, but several families were displaced and hundreds of thousands of dollars of damage were done when a bolt of lightning struck a townhouse in Derwood, Maryland.
Listen now to WTOP News WTOP.com | Alexa | Google Home | WTOP App | 103.5 FM
(1/6) 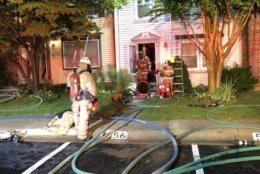 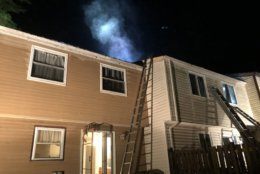 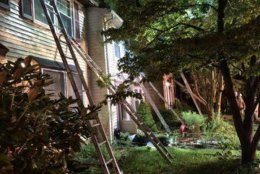 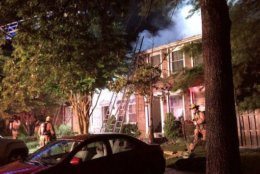 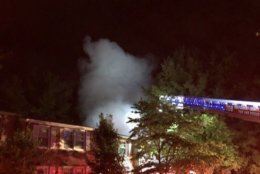 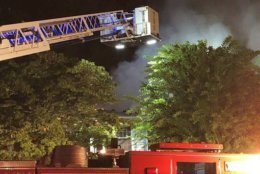 Several families were displaced and hundreds of thousands of dollars worth in damages were dealt when a bolt of lightning struck a townhouse in Derwood, Maryland, early Sunday morning.

Around 75 firefighters were called out to knock down the blaze. All occupants of the homes — two families with several pets — were accounted for shortly after the fire started. No one was injured.

The bulk of the fire was knocked down a little after 3 a.m.

The fire had worked its way into the second floor of the building by the time the fire department was able to get it under control. Pete Piringer of the Montgomery County Fire and Rescue service tweeted that an estimated $300,000 in damage had been done.