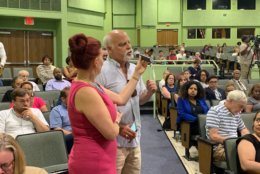 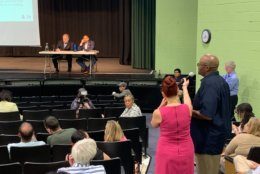 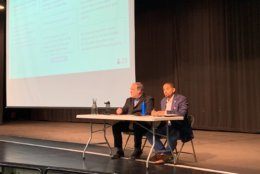 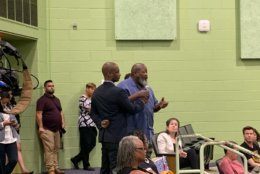 As Montgomery County, Maryland, continues its search for the next police chief, some residents shared their visions for what they would like to see in the new chief at a Thursday meeting on community policing.

Reverend Barry Moultrie with the Mt. Calvary Baptist Church in Rockville believes the next chief needs to be someone who understands the diversity of the county’s many neighborhoods.

“We also need a chief that is really focused on preventive measures, not arresting and jailing people,” Moultrie said.

The meeting at John F. Kennedy High School in Silver Spring was hosted by county Councilmember Will Jawando and County Executive Mark Elrich. The gathering comes in the wake of high profile incidents involving police in the county.

“It’s a trying time for police, and some of these events have been really hard on the community [and] on all of us. We need to make sure we get the right person,” Elrich said.

One incident in 2018 involved the shooting death of Robert White, of Silver Spring, by a police officer. The officer who fired the fatal shots was cleared of any wrongdoing by the Howard County State’s Attorney. An internal police department report also concluded the shooting was justified. In another incident, which happened in May 2019, a police officer was seen in a video using a racial slur.

“I am particularly concerned that there is a culture of a lack of discipline within our police department,” said Carlean Ponder, also of Silver Spring. Ponder is behind the Silver Spring Justice Coalition, which formed after White’s death.

Some who spoke claimed to have had negative encounters with police. Others presented what they think it would take to build more trust between residents and police officers.

“Police officers and firemen used to come into the schools, we were taught this is your friend,” said resident Rashida Bah.

Some stressed the need for better training for officers, including changes to how police handle situations involving people suffering from mental health crises.

While members of the police union were in the audience, they didn’t address the crowd.

Elrich will appoint the successor for retired chief Tom Manger. The county council must then approve the nomination. Jawando said he doesn’t plan to take the vote lightly.

“I think this nomination will be scrutinized, and should be at the highest levels, because again, you are talking about life and death situations, taking people’s liberty,” Jawando said. 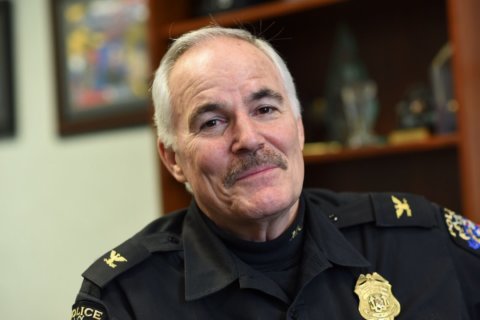 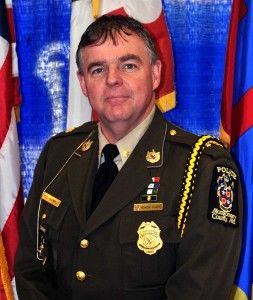 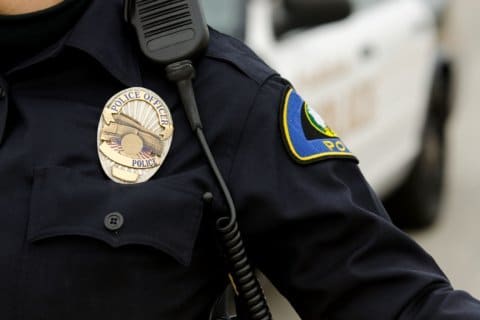