Historic Potomac landmark Swains Lockhouse to open to the public

Bert Swain said it was always his family's hope that the home could be restored and preserved for the public, but when he saw the result of the efforts of the C&O Canal Trust, he was blown away.
Listen now to WTOP News WTOP.com | Alexa | Google Home | WTOP App | 103.5 FM

For the first time in its history, Potomac landmark Swains Lockhouse will be open to the public for overnight stays.

Each lockhouse in the Canal Quarters program is decorated to reflect a particular time period, and [Swains] lockhouse is furnished in the 1916 time period, said Heidi Schlag, director of marketing and communications for the C&O Canal Trust, the nonprofit that supports preservation efforts at the C&O National Historical Park.

The Swain family’s connection to the site stretches back to the 1800s and the construction of the canal, Schlag explained. The lockhouse, situated along the Chesapeake and Ohio Canal, was kept in the family until 2006.

Bert Swain, who lived in the lockhouse from the time he was born in 1957 until 1980, has vivid memories of dinners on the lawn and family gatherings that filled the small stone home at Christmas and Thanksgiving.

Swain worked closely with the C&O Canal Trust and the National Park Service as the lockhouse was renovated, providing scrapbook materials, family photos and even verifying that one of the doors in an upstairs room was original to the home. 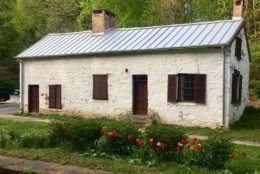 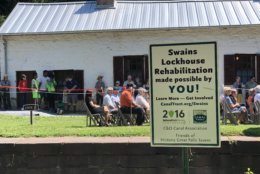 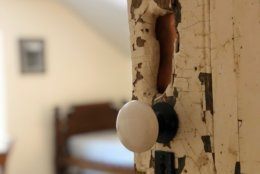 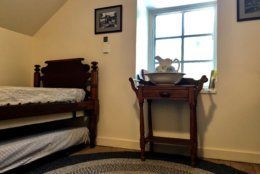 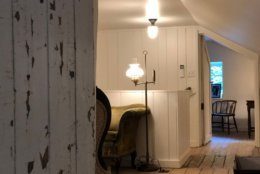 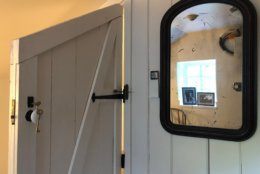 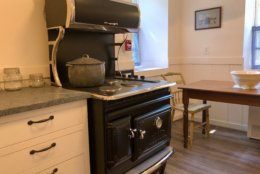 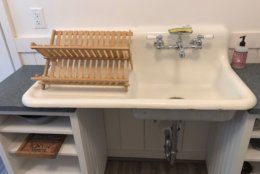 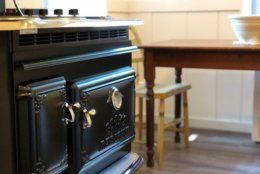 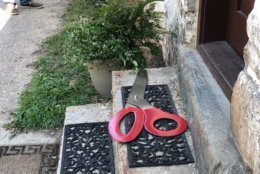 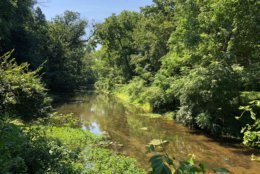 Swain said while the lockhouse was in his family’s possession, they worked to preserve it as much as possible. “Over my lifetime, I had seen so many structures along the canal crumble into such disrepair that couldn’t be put back.”

Swain said it was always his family’s hope that the home could be restored and preserved for the public, but when he saw the result of the efforts of the C&O Canal Trust, he was floored.

“What has been done is miles beyond what we even envisioned 13, 14 years ago,” Swain said.

As he toured the refurbished home, Swain said it took him back to his childhood. The style of dining room tables, the beds, were all reminiscent of the family furniture that he grew up with.

Schlag recalled Swain telling a story of how bathing took place in the kitchen. “They didn’t have running water when he was young, so they would heat up water, put it in a tub. And there’s a great picture of him at about one, sitting in his tub, having a bath here in the kitchen.”

For today’s visitors — who can now stay up to three nights in the lockhouse — there are modern conveniences, such as air conditioning, heat and, of course, running water.

But there are nods to the past. Schlag noted that while the electric stove looks vintage — it has a black front that appears to be cast iron at first glance — it’s actually a modern stove with old-time design elements.

Brandt explained that while many people think of history in terms of monuments and memorials, “It’s really been the ordinary Americans who made this country what it is today.”

He said the canal was critical to the growth and development of a young nation. “It was the Beltway and the I-270 of its day,” with shipments of coal and produce heading down to the nation’s capital.

To learn about how you can enjoy an overnight stay, visit the C&O Canal Trust’s website.