Police released a sketch Tuesday of a man suspected of raping a woman in Montgomery County, Maryland, Saturday night as she was walking away from a bus stop near Montgomery Village Middle School.
Listen now to WTOP News WTOP.com | Alexa | Google Home | WTOP App | 103.5 FM

Montgomery County police released a sketch Tuesday of the suspect who allegedly raped a woman as she was getting off a bus Saturday night.

According to Montgomery County police, the victim got off a Ride-On bus on the 19300 block of Watkins Mill Road, Montgomery Village Middle School, around 10:15 p.m. Not long after, she noticed a man following her and attempted to run from him. The man chased her and knocked her to the ground.

He then dragged her to an area near some woods and sexually assaulted her.

The woman managed to escape her attacker and went home after the assault, before going to a hospital for treatment. The incident was then reported to the police.

Tuesday, police released a sketch of the suspect and asked for help in identifying him. He is described as a white man with brown hair in his late 20s, standing 6-feet tall and weighing approximately 180 pounds. He has a tattoo behind his left ear and was last seen wearing a sweatshirt and jeans.

A crime report released by Montgomery County police earlier this year showed that incidents of sexual assault have been steadily increasing in the county since 2014. In 2018 alone there were 508 reported sexual assaults, compared to 398 the year before.

See a map of where the incident occurred: 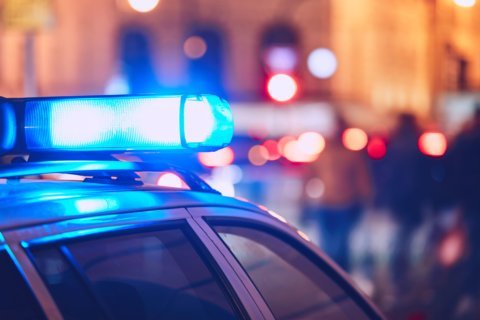