In June, 41-year-old Robert Lawrence White was shot and killed after an encounter with 32-year-old Anand Badgujar, a two-year veteran of the Montgomery County Police Department. White was unarmed.

Last Monday, the Howard County State’s Attorney’s office announced that its investigation led them to rule that Badgujar was justified when he fired at White during the altercation.

Although Badgujar was cleared of any wrongdoing and will not face charges, Montgomery County police said that they will review what happened to determine if he will face departmental discipline.

Rally-goers and organizers expressed concern about what led up to the fatal encounter and concern about how officers treat those who have a mental illness.

“The officer said something like this may be a suicide-by-cop thing,” said Carlean Ponder, with the Silver Spring Justice Coalition, about the recently released police body-camera footage. “But at no point do we see the officer engaging any de-escalation techniques. Instead, we see him chasing (White) with his gun drawn.”

Ponder said the first step toward justice would be to terminate the officer who shot White.

“An officer who decides to approach someone based on the clothing that they’re wearing, when that person is not known to be involved in a crime, is not one that I think should be on the force,” Ponder said.

Another concern expressed at the rally is the need for more officers who are familiar with the people in the communities where they serve.

After the rally, demonstrators marched more than one mile for a candlelight vigil at the site where White was shot. 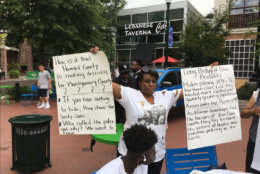 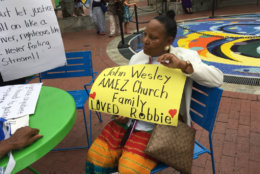 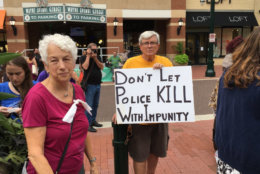 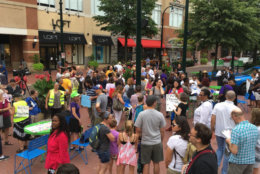 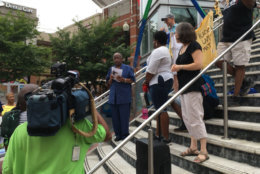 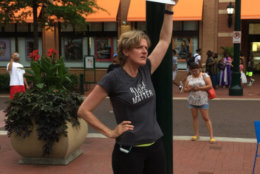