At a public meeting Tuesday night at the Silver Spring Civic Center, concerned members of the public questioned Police Chief Tom Manger and Montgomery County State's Attorney John McCarthy about the officer who shot and killed a man on June 11.
(1/2) 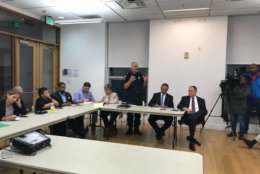 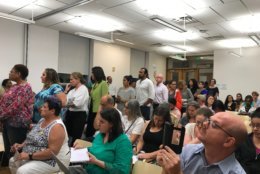 They wanted to know why the encounter between police officer Anand Badgujar, 32, and Robert White, 41, escalated so violently; why the officer became suspicious of White, who made frequent walks through the neighborhood; and whether there was an important gap missing in the officer’s bodycam video.

“Every time I’ve interacted with him, which is at least 20 or 30 times, he was a very pleasant man, very well spoken,” said Fahad Siddiqui.

Police Chief Tom Manger insisted that the officer followed guidelines activating his body-camera as he stepped out of his vehicle. The bodycam video shows White charging the officer and punching him before the officer fired multiple shots, killing White.

“I don’t know what provoked him. I was very surprised when I saw that video. I was shocked,” Siddiqui said.

Howard County State Attorney’s office did an independent review of the shooting cleared the officer of any wrongdoing, but participants at the meeting expressed concern that it provided no information about what led to the deadly confrontation.

“What drew the officer’s attention to Mr. White in the first place [and] why the officer said something of the things that he said are certainly questions the public should get a response, and I intend to do that,” said Manger.

Montgomery County police are conducting an internal review to determine if the officer will face disciplinary action.

“New information could always serve as the basis for taking a look at a case again. I’m not here to tell you that I think that’s likely to occur, but could it legally happen? The answer is yes,” said McCarthy. 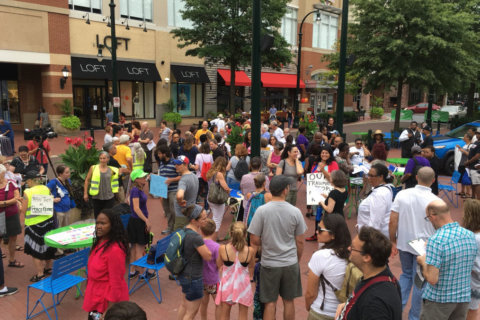 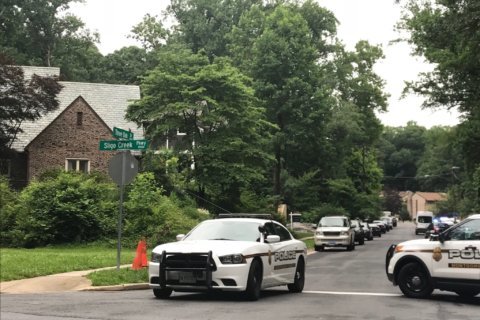