A meeting in Silver Spring brought Montgomery County students together with several young people from the Parkland, Florida, high school, where a Feb. 14 mass shooting claimed the lives of 17 victims.
(1/6) 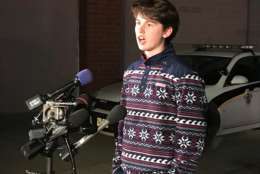 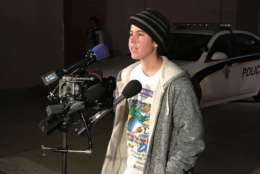 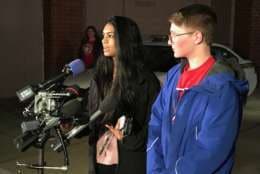 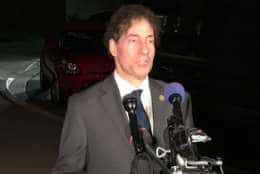 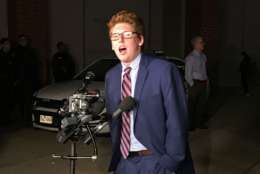 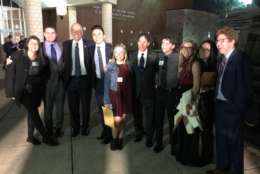 The meeting, which was supported by Rep. Jamie Raskin, D-Md., and Rep. Ted Deutch, D.-Fl., brought local students together with several young people from the Parkland, Florida, high school, where a Feb. 14 mass shooting claimed the lives of 17 victims.

TV crews weren’t allowed in during the meeting, but afterward, students who attended shared what happened when they met the Florida high school students.

“Seeing them was so surreal, because we see them on screens, on TV, on news channels — it kind of just makes them feel like a little separated from us,” Wootton High School sophomore Sahithi Kondam said.

“But seeing them here today as our peers made them feel closer and more connected just as students and as people we could talk to.”

Fellow Wootton High School sophomore Joel Shapiro added that talking with the Florida students was “really empowering,” and that a big takeaway was that even teenagers can still have a voice for change.

“We’re the generation that can change things,” said Aidan Kilpatrick, a junior at Albert Einstein High School, echoing the sentiment.

He said the students also discussed the NRA and its impact on Congress, along with bans on assault rifles.

“One thing that really stuck with me and that was kind of a consistent theme was that they talked about how important it was to register to vote. And that’s one thing I can really agree with,” Kilpatrick said.

Sophia Johnson, a junior at Montgomery Blair High School, said it was important for President Donald Trump to protect the interests of all citizens, including hers.

“Quite frankly, one of my interests is staying alive while going to school,” she said.

Springbrook High School sophomore Michael Solomon said that a student group called MoCo Students for Gun Control has already formed a few days ago, inspired by the actions of the Florida high school students, who have quickly mobilized after the deadly shooting.

“Democracy is like a stone on a hill… after that first baby step, it all comes down.” – Alfonso Calderon.
Marjory Stoneman Douglas High School students visit Blair to discuss the next steps in reforming gun policy. We are the first step! #NeverAgain pic.twitter.com/YFs5FBCAhF

Solomon added that another mass walkout of Montgomery County high school students is planned for next month, in anticipation of the larger “March for Our Lives” event on March 24.

Last Wednesday, a group of Montgomery County high school students left class to take their calls for change to current gun laws to the U.S. Capitol.

“We’re just going to keep talking about this until people actually man up and make a change,” Marjory Stoneman Douglas High alum Matthew Deitsch, who graduated in 2016, told reporters.

Raskin, who was also at Monday night’s meeting, praised the Florida students for taking action in a matter of days after a “hopeless situation.”

“They’ve really unleashed a social movement,” he said, and added that he’s certain the students’ actions are not just a flash in the pan.