Montgomery Co. firefighter dies while on duty at station

WASHINGTON — He served 23 years with the Montgomery County Fire and Rescue service, and his watch ended at his post. 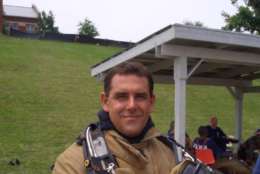 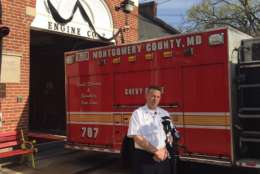 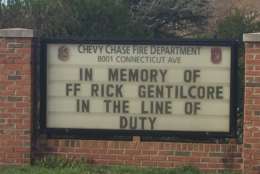 He was treated on the scene and taken to Holy Cross Hospital in Silver Spring where he died. He was 52 years old.

Fire and police department units from other counties escorted Gentilcore’s body as it was transported to the medical examiner in Baltimore to determine cause of death.

“We anticipate going to emergencies. When the emergency is one of our own, it is something that is tough,” said Fire Chief Scott Goldstein. “He was a great, hard-worker. Someone who was always moving, always doing something and always up and active.”

On Saturday, Maryland Gov. Larry Hogan ordered state flags to be flown at half-staff in his honor.