The intersection of River Road and Braeburn Parkway in Bethesda was the site of a February 2016 crash, which claimed the life of a high school student and his parents. The principal of Walt Whitman High School said safety improvements have yet to be made.
Listen now to WTOP News WTOP.com | Alexa | Google Home | WTOP App | 103.5 FM

WASHINGTON — Frustration is mounting over perceived inaction by the Maryland State Highway Administration regarding a dangerous intersection in Bethesda.

A meeting was held Wednesday night at the Walt Whitman High School auditorium regarding the intersection of River Road and Braeburn Parkway. It was the site of a February 2016 crash that killed a high school student and his parents. More recently, seven high school students were involved in a multivehicle collision at the same intersection.

Walt Whitman High School Principal Alan Goodwin said no safety improvements have been made to the intersection.

“The intersection remains just as it was on the date of tragedy,” he said. “State officials have looked at it. They are thinking about doing something to that intersection, but they haven’t done anything yet.”

Goodwin said the SHA is starting to put in electricity for flashing lights, but poles are lying on River Road, and nothing has been installed.

“I would like some sort of interim solution until they come up with a more permanent solution to add some safe measures to the intersection,” he said.

“A traffic light would be one step in the right direction. There is a pedestrian walkway not far from the intersection that is problematic as well. They have a lot to study, but they need to do something.”

The unregulated intersection is heavily trafficked by “students who have had their driver’s licenses sometimes only for a few days,” said Richard Botluck, with the Bannockburn Citizens Association. “They are inexperienced students, they are in a rush to make the first bell at school.”

Community members have voiced support for a lower speed limit and for the entire intersection to be relocated about 50 yards farther away. 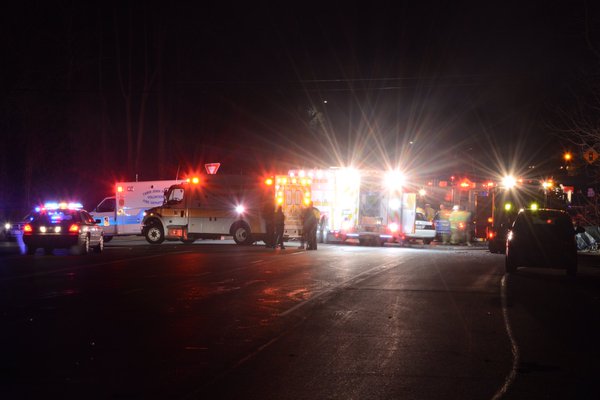 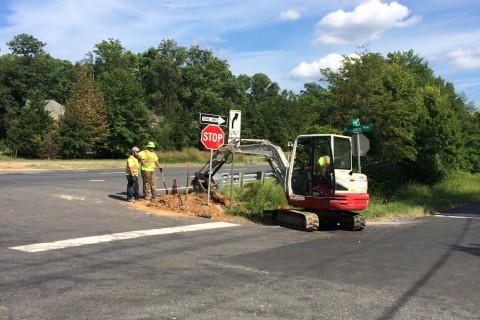 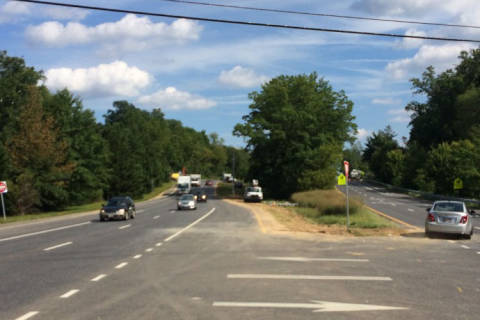