A woman is dead and a man is in the hospital after a double stabbing in a Takoma Park apartment building Wednesday afternoon.
Listen now to WTOP News WTOP.com | Alexa | Google Home | WTOP App | 103.5 FM

WASHINGTON — A woman is dead and a man is in the hospital after a double stabbing in a Takoma Park apartment building Wednesday afternoon.

Just after 2 p.m. Wednesday, Takoma Park police officers arrived at the apartment building in the 600 block of Houston Avenue to find a man bleeding near the elevator in the lobby, police said.

When they learned there could be another victim upstairs, Takoma Park Police Chief Alan Goldberg said officers found a 36-year-old woman with multiple stab wounds inside an apartment.

She died on the way to the hospital and the man was rushed into surgery, police said in a release.

Investigators were still at the apartment building hours after the discovery, and said they don’t believe there’s any danger to the public.

Police have not released the woman’s name or released any additional details about the incident.

Below is a map of the location near the stabbing: 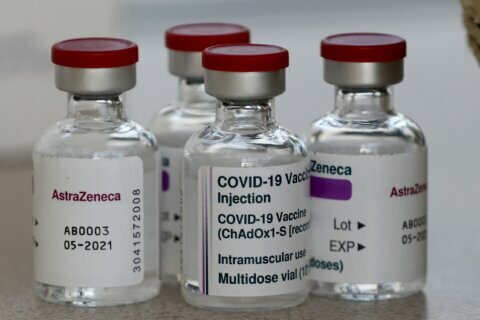