Looking to get the most bang for your buck at a baseball game this summer? Here's a sampling of the best minor league promotions in our area.
Listen now to WTOP News WTOP.com | Alexa | Google Home | WTOP App | 103.5 FM

It’s nearly June and, if you live in the D.C. area, I don’t have to tell you that summer is, essentially, already upon us.

That brings bad news in the form of mosquitoes and the life of your undershirts, but good news when it comes to minor league promotions, which really ramp up once school is out for summer.

It’s worth checking the calendars of your local team to see what weeknight specials they run, as there are always good deals to be had, especially Monday-Wednesday. But we’ve highlighted some of the more major promotions on our local teams’ calendars that you may want to add to your own and start planning for.

The Bowie Baysox are combining a pair of promotions, their popular beer run and Star Wars Night, along with fireworks this Saturday night.

In a summer chalk full of retro nostalgia (as you’ll see), this contemporary pop culture promotion will bring one of the stars of Stranger Things to the ballpark for an appearance a month before the new season lands.

For the more prospect-interested minor league fan, you’ve got a chance to catch the best of the Carolina League all in one place as the Keys host this year’s All-Star Game. There will also be postgame fireworks.

This celebration will include an appearance by Dwier Brown, who played John Kinsella (Brown will also appear for a similar promotion for the Potomac Nationals Aug. 10). The night will also include a Boy Scout Night & Sleepover on the field.

In the tradition of interspersing former players with pieces of pop culture, the P-Nats will be giving away Indiana Jones-themed Stephen Strasburg bobbleheads and wearing special theme jerseys. It will also be a scout night, complete with fireworks. (WTOP is a copresenting sponsor of fireworks)

The Blue Crabs are an independent league team in Charles County, but still run a slate of promotions that rivals that of any minor league team. For this one, they’ve got a Slinky giveaway, Toy Story character appearances, and player autographs, while kids can run the bases postgame.

D.C. native Ginuwine will appear and perform at the ballpark. Did you know Ginuwine’s birth name is Elgin Baylor Lumpkin? You do now.

Keyote is the Keys mascot, for those unaware, so if you (or your kids) are a costumed character lover, you’ll have plenty of them on hand, including a Minion, My Little Pony and others, plus postgame fireworks.

The Baysox will take the field as Los Cangrejos Fantasmas de Chesapeake (Chesapeake Ghost Crabs) as part of MiLB’s Copa de la Diversion initiative. There will also be candy dropped from a helicopter and a first-ever food truck festival, along with a car show pregame in the parking lot.

The P-Nats are back with another throwback movie crossover, giving away Carter Kieboom Proton Pack Bobbleheads and wearing Ghostbusters theme jerseys.

If you’re looking for a more traditional bobblehead of a local legend, the Baysox will be celebrating the Orioles and Hall of Famer Mike Mussina, with the first 750 through the gates taking home a bobblehead.

TBD on the details, but according to the Ironbirds, there will be a “frozen tundra” and “ice skating performances” at Ripken Stadium in mid-July. Hopefully, Santa’s got a breathable suit.

The Aberdeen Steamed Crabs regional alter ego jerseys are back for another go round, along with a fireworks show.

A packed night will celebrate not just the 50th anniversary of Woodstock with music and theme jerseys, but also will feature a Juan Soto “Road to the Show” Childish Bambino bobblehead and finish with both fireworks and a Scout Night. (WTOP is a copresenting sponsor of fireworks)

The team will honor the Ripken Legacy and both brothers Cal and Bill Ripken will be in attendance. Get there early for a pregame catch on the field.

In addition to their Ace Ventura celebration on and off the field, the P-Nats will have a T-shirt giveaway and are inviting Pets in the Park — not just dogs, but “cats, hamsters and more.” You’ll have to ask them exactly what “more” entails.

There will be eyerolls everywhere as Leslie David Baker, who played one of the most beloved characters from The Office, Stanley Hudson, will be on hand. Fans can also take home a Dylan Bundy bobblehead and enjoy postgame fireworks.

The Blue Crabs say they’re not sure yet if they’ll keep the one-on-one tournament to little leagues or expand it to the general public just yet, but either way, there will be plenty of basketball celebrated.

Minor league teams everywhere are famous for their dancing grounds crews, but this night is actually what it sounds like — the first ever Drag Night in professional sports, featuring local Drag Queens.

Be part of the biggest game of catch … ever as the Blue Crabs attempt to set a new world record. They’ll need 1,946 people (973 pairs) or more to pull it off. 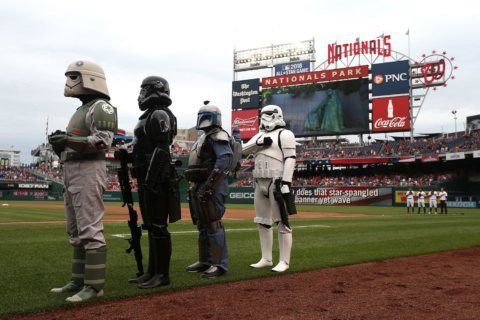 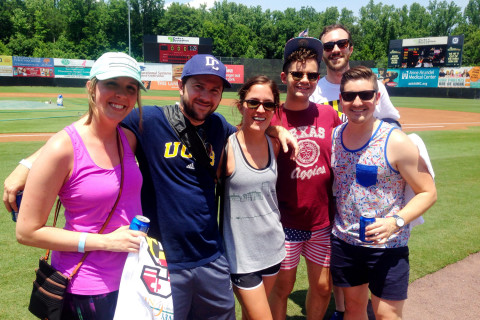