Memorial Day weekend results in closures to transportation and government services. This list covers what is open, and when, across the area.

WASHINGTON — Memorial Day weekend means closures to transportation and government services. Here is what is open and closed, and when, across the area.

No mail, except Express Mail, will be delivered.

Most banks will be closed.

Traffic on Thursday, May 24 is expected to see tripled delays in the D.C. area due to all of the commuters as over 40 million Americans prepare to travel for the holiday weekend. Traffic is expected to reach its peak during normal rush hour on both Thursday and Friday afternoons.

There will be no MARC or VRE trains service on Monday. MARC’s Penn Line runs regular weekend service on Saturday and Sunday.

For Metro, all lines except for the Green Line have single-tracking and repair work expected, and schedules will vary. The entire system will be on a Sunday schedule, meaning trains only run from 8 a.m. until 11 p.m., and parking will be free on all Metro lots.

The Red Line will not run trains between Van Ness and DuPont Circle, and Cleveland Park and Woodley Park will both be closed on Saturday, Sunday and Monday. The Blue Line will only run from Franconia-Springfield to Eastern Market. Also, the last inbound Red Line trains will leave stations between Shady Grove and Tenleytown 25 minutes earlier than usual Saturday, Sunday and Monday, and the last outbound trains from Van Ness to Shady Grove will depart 35 minutes later than usual.

The Blue, Orange and Silver Line tracks will single-track between Eastern Market and Stadium Armory.

The Blue and Yellow lines in Virginia will single-track between Reagan National Airport and Braddock Road.

The Orange, Blue, Silver and Yellow lines will each run on 24 minute schedules for the weekend. The Red Line is scheduled to run every 10 minutes, with the exception of the shutdown areas.

The annual Rolling Thunder motorcycle demonstration will create road closures and traffic around the Pentagon.

D.C. public schools and libraries will be closed.

All Maryland DMV and VEIP locations will be closed on Saturday, May 26 and Monday, May 28. The MTA will be operating on a special holiday schedule.

Trash and recycling pickup will not happen on Monday, May 28, but will operate on a different schedule for the week.

MCDOT will operate on a Sunday schedule on Monday, May 28.

Trash and recycling pickup will not happen on Monday, May 28, but will operate on a different schedule for the week.

A full list of Prince George’s County government closings and changes can be found on the county’s website.

The area near Waterfront Park on Prince Street will be crowded due to a Memorial Day festival, but no closures have been posted. The City of Alexandria encourages festivalgoers to take the Metro or bike in to the event.

At the Arlington National Cemetery, the annual Presidential Armed Forces Full Honors Wreath-Laying Ceremony is Monday, May 28 at 11 a.m.

On Sunday, May 27, the 31st annual Rolling Thunder rally, an event where motorcyclists gather at 7 a.m. at the Pentagon and ride to the Vietnam memorial at noon in an annual act of patriotism, will occur.

There will be a special afternoon schedule for all services from D.C. on Friday, May 26. No Commuter Bus, Metro Connection or Local Fixed Route Bus Services will operate.

The full list of recreational centers and their Memorial Day hours can be found on the Fairfax County website. All open centers will be free to use for U.S. veterans and their families on Memorial Day.

Prince William County held its Memorial Day event in Freedom Park on May 15. 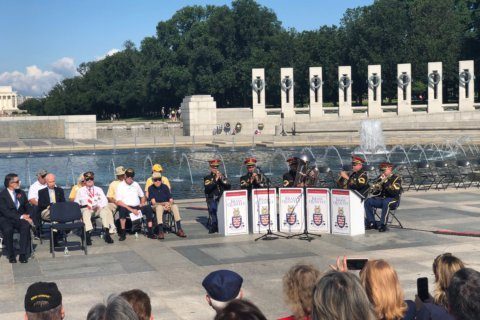 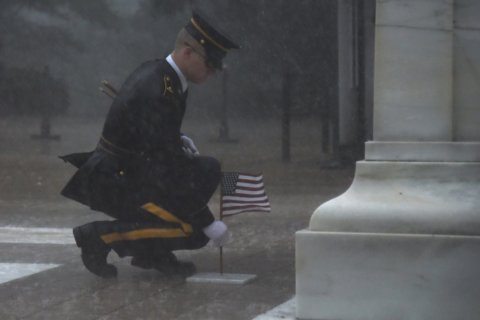 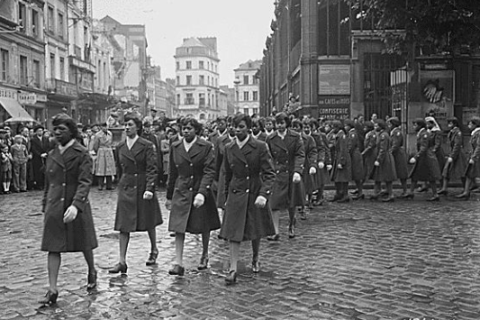