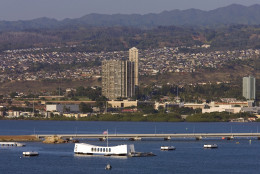 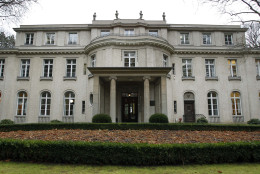 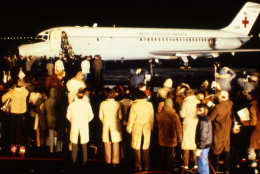 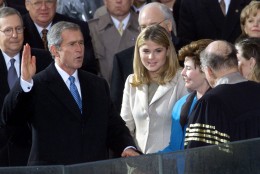 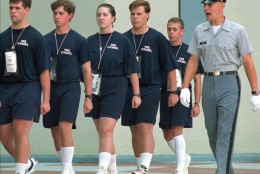 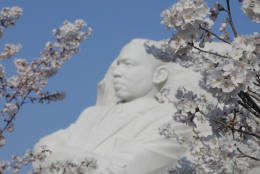 On Jan. 20, 2017, Donald Trump was sworn in as the 45th president of the United States, pledging emphatically to empower America’s “forgotten men and women.” Protesters registered their rage against the new president in a chaotic confrontation with police just blocks from the inaugural parade.

In 1649, King Charles I of England went on trial, accused of high treason (he was found guilty and executed by month’s end).

In 1887, the U.S. Senate approved an agreement to lease Pearl Harbor in Hawaii as a naval base.

In 1937, President Franklin D. Roosevelt became the first chief executive to be inaugurated on Jan. 20 instead of March 4.

In 1942, Nazi officials held the notorious Wannsee conference, during which they arrived at their “final solution” that called for exterminating Europe’s Jews.

In 1953, Dwight D. Eisenhower took the oath of office as president of the United States; Richard M. Nixon was sworn in as vice president.

In 1964, Capitol Records released the album “Meet the Beatles!”

In 1969, Richard M. Nixon was inaugurated as the 37th President of the United States.

In 1981, Iran released 52 Americans it had held hostage for 444 days, minutes after the presidency had passed from Jimmy Carter to Ronald Reagan.

In 1994, Shannon Faulkner became the first woman to attend classes at The Citadel in South Carolina. (Faulkner joined the cadet corps in Aug. 1995 under court order but soon dropped out, citing isolation and stress from the legal battle.)

In 2001, George Walker Bush became America’s 43rd president after one of the most turbulent elections in U.S. history.

Ten years ago: Barack Obama was sworn in as the nation’s 44th, as well as first African-American, president. Russian natural gas began flowing into Ukraine after a nearly two-week cutoff that had left large parts of Europe cold and dark.

Five years ago: Iran unplugged banks of centrifuges involved in its most sensitive nuclear enrichment program, prompting the U.S. and the European Union to partially lift economic sanctions as a landmark deal aimed at easing concerns over Iran’s nuclear program went into effect. American missionary Kenneth Bae, jailed in North Korea for more than a year, appeared before reporters in Pyongyang and appealed to the U.S. government to do its best to secure his release. (Bae and fellow American Matthew Miller were freed in Nov. 2014.)

One year ago: A dispute in Congress over spending and immigration forced scores of federal government agencies and outposts to close their doors; tourists were turned away from sites including the Statue of Liberty and Philadelphia’s Independence Hall. (Congress voted two days later to temporarily pay for resumed operations.) On the anniversary of President Donald Trump’s inauguration, demonstrators in cities across the country marched in support of female empowerment and denounced Trump’s views on immigration, abortion, LGBT rights and other issues.