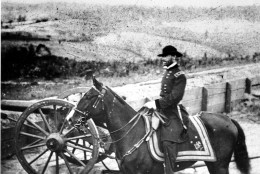 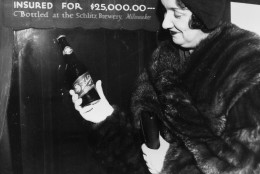 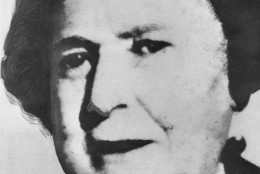 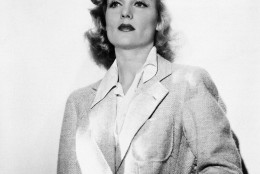 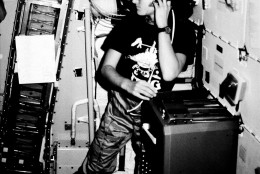 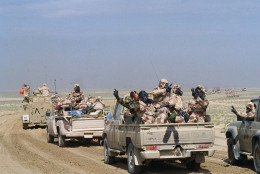 On Jan. 16, 1920, Prohibition began in the United States as the 18th Amendment to the U.S. Constitution took effect, one year to the day after its ratification. (It was later repealed by the 21st Amendment.)

In 27 B.C., Caesar Augustus was declared the first Emperor of the Roman Empire by the Senate.

In 1547, Ivan IV of Russia (popularly known as “Ivan the Terrible”) was crowned Czar.

In 1865, Union Maj. Gen. William T. Sherman decreed that 400,000 acres of land in the South would be divided into 40-acre lots and given to former slaves. (The order, later revoked by President Andrew Johnson, is believed to have inspired the expression, “Forty acres and a mule.”)

In 1912, a day before reaching the South Pole, British explorer Robert Scott and his expedition found evidence that Roald Amundsen of Norway and his team had gotten there ahead of them.

In 1935, fugitive gangster Fred Barker and his mother, Kate “Ma” Barker, were killed in a shootout with the FBI at Lake Weir, Florida.

In 1942, actress Carole Lombard, 33, her mother, Elizabeth, and 20 other people were killed when their plane crashed near Las Vegas, Nevada, while en route to California from a war-bond promotion tour.

In 1989, three days of rioting began in Miami when a police officer fatally shot Clement Lloyd, a black motorcyclist, causing a crash that also claimed the life of Lloyd’s passenger, Allan Blanchard. (The officer, William Lozano, was convicted of manslaughter, but then was acquitted in a retrial.)

In 1991, the White House announced the start of Operation Desert Storm to drive Iraqi forces out of Kuwait. (Allied forces prevailed on Feb. 28, 1991.)

In 1992, officials of the government of El Salvador and rebel leaders signed a pact in Mexico City ending 12 years of civil war that had left at least 75,000 people dead.

In 2003, the space shuttle Columbia blasted off for what turned out to be its last flight; on board was Israel’s first astronaut, Ilan Ramon (ee-LAHN’ rah-MOHN’). (The mission ended in tragedy on Feb. 1, when the shuttle broke up during its return descent, killing all seven crew members.)

In 2007, Sen. Barack Obama, D-Ill., launched his successful bid for the White House.

Ten years ago: President-elect Barack Obama made a pitch for his massive economic stimulus plan at a factory in Bedford Heights, Ohio, saying his proposal would make smart investments in the country’s future and create solid jobs in up-and-coming industries. Painter Andrew Wyeth died in Chadds Ford, Pa., at age 91. John Mortimer, the British lawyer-writer who’d created the curmudgeonly criminal lawyer Rumpole of the Bailey, died in the Chiltern Hills, England, at age 85.

Five years ago: The Vatican was called to account for the global priest sex abuse scandal as U.N. experts in Geneva interrogated the Holy See for eight hours about the scale of abuse, and what it was doing to prevent it. The U.S. Senate voted 72-26 for a $1.1 trillion government-wide spending bill, sending it to President Barack Obama for his signature. The state of Ohio executed Dennis McGuire for the 1989 rape and fatal stabbing of pregnant newlywed Joy Stewart; McGuire gasped and snorted for 26 minutes before he was declared dead, raising questions about the drugs used in his lethal injection. Death claimed actors Russell Johnson (”Gilligan’s Island”) at age 89 and Dave Madden (”The Partridge Family”) at age 82.

One year ago: The Trump administration cut tens of millions of dollars for Palestinian refugees, demanding that the U.N. agency responsible for the programs undertake a “fundamental re-examination.” Pope Francis met with survivors of priests who sexually abused them; a spokesman said Francis wept with them and apologized for the “irreparable damage” they suffered. Authorities in Denmark charged inventor Peter Madsen with killing Swedish journalist Kim Wall during a trip on his private submarine. (Madsen was convicted in April and sentenced to life in prison.)