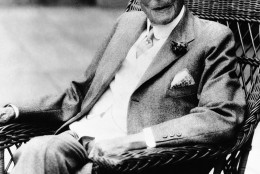 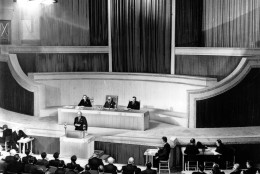 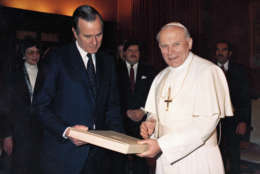 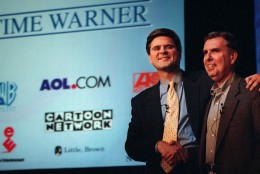 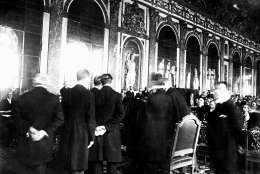 On Jan. 10, 1863, the London Underground had its beginnings as the Metropolitan, the world’s first underground passenger railway, opened to the public with service between Paddington and Farringdon Street.

In 1860, the Pemberton Mill in Lawrence, Mass., collapsed and caught fire, killing up to 145 people, mostly female workers from Scotland and Ireland.

In 1861, Florida became the third state to secede from the Union.

In 1920, the League of Nations was established as the Treaty of Versailles (vehr-SY’) went into effect.

In 1946, the first General Assembly of the United Nations convened in London. The first manmade contact with the moon was made as radar signals transmitted by the U.S. Army Signal Corps were bounced off the lunar surface.

In 1967, President Lyndon B. Johnson, in his State of the Union address, asked Congress to impose a surcharge on both corporate and individual income taxes to help pay for his “Great Society” programs as well as the war in Vietnam. That same day, Massachusetts Republican Edward W. Brooke, the first black person elected to the U.S. Senate by popular vote, took his seat.

In 1984, the United States and the Vatican established full diplomatic relations for the first time in more than a century.

In 1994, President Bill Clinton, attending a NATO summit meeting in Brussels, Belgium, announced completion of an agreement to remove all long-range nuclear missiles from the former Soviet republic of Ukraine.

In 2000, America Online announced it was buying Time Warner for $162 billion (the merger, which proved disastrous, ended in December 2009).

In 2002, Marines began flying hundreds of al-Qaida prisoners in Afghanistan to a U.S. base at Guantanamo Bay, Cuba.

Ten years ago: Vice President-elect Joe Biden arrived in Afghanistan, where he pledged long-term American support. Tens of thousands of people demonstrated in cities across Europe and in Lebanon against the Israeli offensive in Gaza. The aircraft carrier USS George H.W. Bush was commissioned with its namesake, the 41st president, and other members of the Bush family on hand for the ceremonies at Naval Station Norfolk.

One year ago: Immigration agents descended on dozens of 7-Eleven stores nationwide before dawn to check on the immigration status of employees in what officials described as the largest operation so far against an employer under Donald Trump’s presidency. The Royal Philharmonic Orchestra said Charles Dutoit had stepped down as artistic director and principal conductor after multiple allegations of sexual assault. After nine terms in the House, California Republican Rep. Darrell Issa announced that he would not seek re-election.