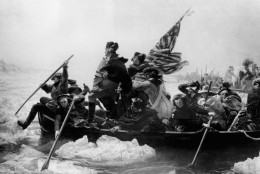 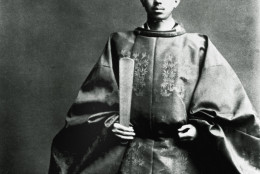 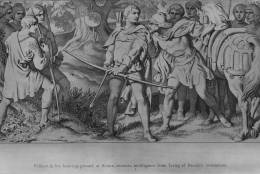 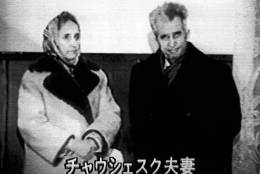 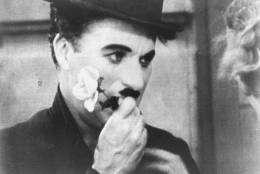 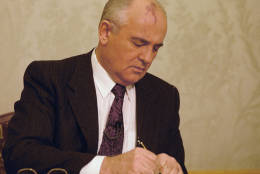 On Dec. 25, 1991, Soviet President Mikhail S. Gorbachev went on television to announce his resignation as the eighth and final leader of a communist superpower that had already gone out of existence.

In A.D. 336, the first known commemoration of Christmas on Dec. 25 took place in Rome.

In 1066, William the Conqueror was crowned King of England.

In 1776, Gen. George Washington and his troops crossed the Delaware River for a surprise attack against Hessian forces at Trenton, New Jersey, during the American Revolutionary War.

In 1931, New York’s Metropolitan Opera broadcast an entire live opera over radio for the first time: “Hansel and Gretel” by Engelbert Humperdinck.

In 1961, Pope John XXIII formally announced the upcoming convocation of the Second Vatican Council, which opened in Oct. 1962.

In 1977, comedian Sir Charles Chaplin died in Switzerland at age 88.

In 1990, the World Wide Web, the system providing quick access to websites over the Internet, was born in Geneva, Switzerland, as computer scientists Tim Berners-Lee and Robert Cailliau (KAH’-yoh) created the world’s first hyperlinked webpage.

In 2009, passengers aboard Northwest Airlines Flight 253 foiled an attempt to blow up the plane as it was landing in Detroit by seizing Umar Farouk Abdulmutallab (OO’-mahr fah-ROOK’ ahb-DOOL’-moo-TAH’-lahb), who tried to set off explosives in his underwear. (Abdulmutallab later pleaded guilty and was sentenced to life in prison.)

Five years ago: Pope Francis offered Christmas wishes for a better world, praying for protection for Christians under attack, battered women and trafficked children, peace in the Middle East and Africa, and dignity for refugees fleeing misery and conflict around the globe.

One year ago: In his traditional Christmas message, Pope Francis called for a two-state solution in the Middle East, and prayed that confrontation could be overcome on the Korean Peninsula. Harsh winter weather gripped much of the country on Christmas, with bitter cold in the Midwest and a blizzard moving into New England. Russian election officials formally barred opposition leader Alexei Navalny from running for president, prompting him to call for a boycott of the March, 2018 vote.