Gov. Wes Moore (D) began rolling out cabinet appointments a week after his election, and he’s picked more than 20 individuals to head state agencies over the past 2 1/2 months, along with dozens of staffers to play key roles in his new administration.
Listen now to WTOP News WTOP.com | Alexa | Google Home | WTOP App | 103.5 FM

Gov. Wes Moore (D) began rolling out cabinet appointments a week after his election, and he’s picked more than 20 individuals to head state agencies over the past 2 1/2 months, along with dozens of staffers to play key roles in his new administration.

Moore’s State House news conference Tuesday nominating Paul Wiedefeld, a veteran transportation administrator, to run the Maryland Department of Transportation (MDOT), was the first time that he was accompanied at such an announcement by validators who sang his nominee’s praises.

The optics spotlighted the importance of transportation in the Moore administration’s overall agenda — and served as a reminder that Wiedefeld, though well-respected by many local leaders, has endured rocky periods during his management of vital regional transportation agencies and may not be universally beloved. The fact that Wiedefeld is one of the last leaders of a cabinet agency selected by Moore also highlights the magnitude of the position.

The governor called Wiedefeld “a pro” and a “transportation pro,” and asserted, “Paul is the transportation leader that we need in this moment.”

Wiedefeld, a 67-year-old Baltimore native, served most recently as general manager of the Washington Metropolitan Area Transit Authority, which operates the Metro transit system, the nation’s third largest. But he also worked for years for various agencies under the MDOT umbrella. He served as head of the Maryland Aviation Administration from 2002 to 2005, ran the Maryland Transit Authority from 2005 to 2009, and then returned to MAA from 2009 until the beginning of the Hogan administration, in early 2015.

“As a leader in the transportation sector, Paul has proven to be a thoughtful and decisive leader who knows how to make tough choices and necessary choices in order to advance progress,” Moore said.

The new governor will depend on the old transportation hand to solve some of the greatest challenges he’ll face during his term, including helping him re-ignite some facsimile of the Red Line transit project in Baltimore, which former Gov. Larry Hogan (R) killed early in his administration; bringing the long-delayed and over-budget Purple Line transit project in the Washington, D.C., suburbs to completion; and figuring out whether to proceed with Hogan’s highly controversial proposal to widen the Capital Beltway and Interstate 270 with funding from privately-owned express toll lanes.

And beyond these massive projects, Moore has made it clear that he believes transportation is a vital component to stoking the state economy and making jobs more widely available for residents whose economic opportunities may be limited by deficiencies in the public transit system.

Wiedefeld only spoke briefly at the news conference, but made it clear he buys into the new administration’s agenda.

“Thank you, Gov. Moore and Lt. Gov. Miller for the opportunity to join such an exciting team and for your leadership,” he said. “I look forward to working with the team to attain your vision for Maryland, Governor, and understand the critical role that transportation plays in supporting that vision.”

Wiedefeld pledged to preside over an agency “that works in partnership with the communities it serves” and promotes “social equity, environmental protection, and sustainable communities.” 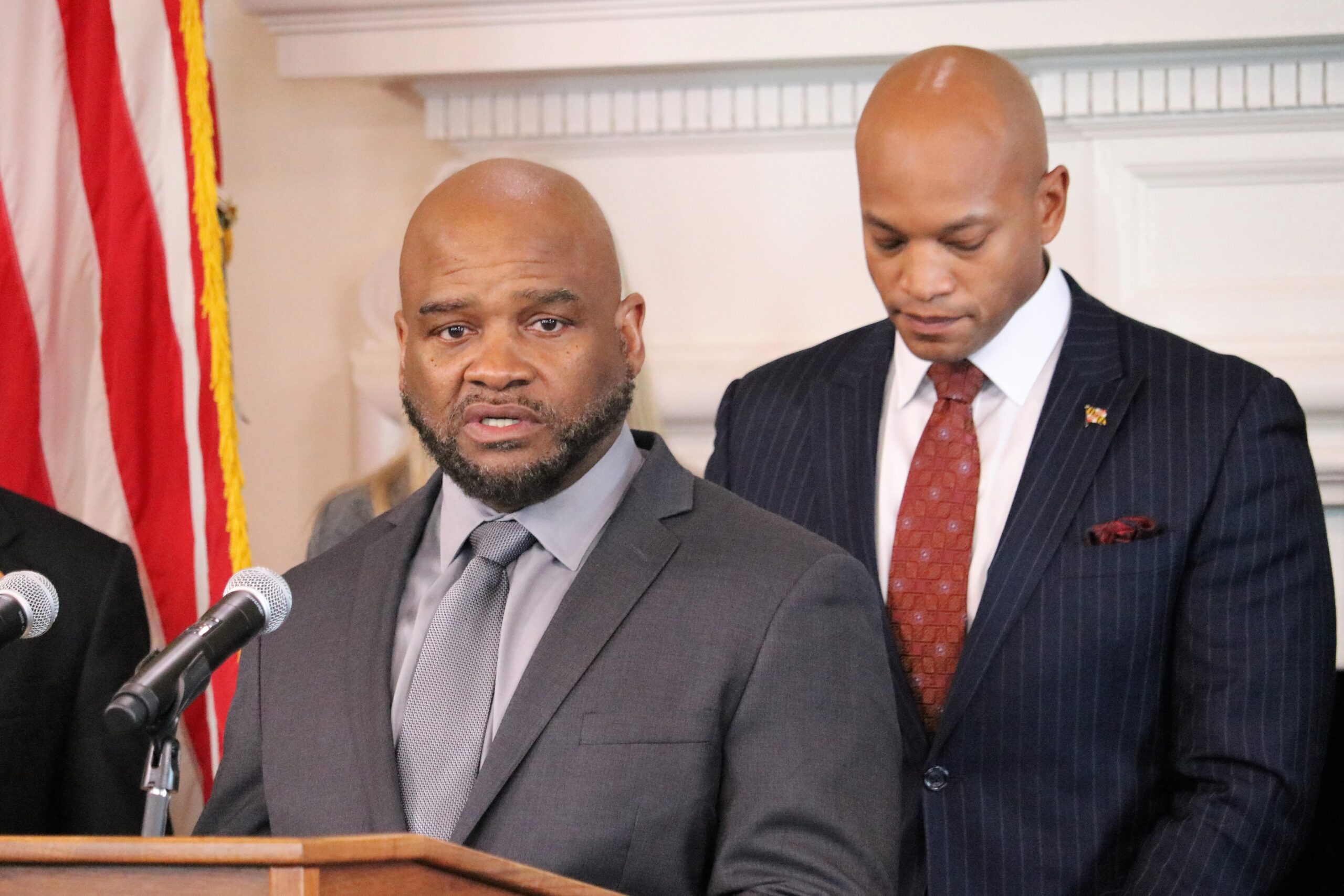 Jackson conceded he was skeptical about Wiedefeld when he took over Metro, but said the two became friends, especially after staying up late at night to discuss how best to protect the transit agency’s workers during the worst of the COVID-19 pandemic.

“I congratulate you for selecting this fine man here, who I consider a real friend of labor,” Jackson told Moore.

Korman, a leading advocate in the General Assembly for expanding mass transit, said Wiedefeld recognizes that the job of Transportation secretary is “about moving people, not cars.”

“He has a multi-modal background, and that’s a positive thing,” Korman said.

But Wiedefeld’s tenure at Metro wasn’t altogether copacetic. While he presided over an expansion of the system, including the opening of the Silver Line in Virginia, Wiedefeld also saw widespread complaints about the safety of equipment and operations during his time at the agency and took the extraordinary step of closing down huge sections of Metro lines at a time to expedite safety work. Although he had already announced his plans to retire a year ago, he wound up leaving the agency two months earlier than planned after new scrutiny over testing and training lapses.

Responding to a question about Wiedefeld’s record at Metro, Moore replied, “We’ve gone through a full vetting process,” and said he came away convinced that Wiedefeld was the best person for the job.

Assuming he is confirmed as Transportation secretary, Wiedefeld will hold a seat on Metro’s eight-member board. WMATA is substantially funded by the state, which shares oversight of the transit system with Virginia, the District of Columbia and the federal government.

In addition to the day-to-day aspects of the Transportation secretary job, Wiedefeld’s tenure will be watched closely by minority business contractors; his agency certifies many businesses for MBE designations in the state and also awards the most contracts.

“This is certainly the key agency for ensuring maximum economic inclusion in state contracting among underrepresented communities across Maryland,” said Herman Taylor, a former state lawmaker and president of the Minority Business Economic Council Inc., based in Silver Spring. “This is where the action is.”

The turnout of elected officials and other leaders on Wiedefeld’s behalf at the State House announcement was noteworthy, and contrasted to all of Moore’s previous personnel messages.

Carter Elliot IV, Moore’s press secretary, did not immediately respond to a request for comment Tuesday on why the administration brought supporters in for Wiedefeld’s news conference.

Korman said he thought the importance of the leaders on hand corresponded to the significance of the position.

“You have labor, you have legislators — these are the people you need to get things done,” he said.

Wiedefeld, who has been working for HDR Inc., a national engineering, architecture, environmental and construction services consulting firm, said he was eager to return to government service.