Four of Maryland’s most powerful Black elected officials wrote to the head of the federal General Services Administration on Monday, laying out why they think one of two sites in Prince George’s County would be ideal for the proposed new FBI campus.
Listen now to WTOP News WTOP.com | Alexa | Google Home | WTOP App | 103.5 FM

As they build their case for bringing the proposed new FBI headquarters to Prince George’s County, Maryland officials have added a new argument to their arsenal: that putting the campus there would help the federal government meet its equity and inclusion goals.

“The presence of the new consolidated FBI headquarters would not only meet the needs of the FBI; it would bring economic growth and development to a majority-Black county and its communities, and we hope you will take this into consideration when deciding on a site,” the quartet wrote.

Federal officials have contemplated moving the FBI headquarters, housed in an overcrowded, outmoded Brutalist-style building in downtown Washington, D.C., for several years. The plan gained momentum during the Obama administration, but was halted in its tracks during the Trump administration when it became apparent that President Trump viewed the downtown FBI headquarters site as a possible location for a hotel that could have competed with the Trump International Hotel located down the block on Pennsylvania Avenue (the Trump family has since ceded control of that hotel).

Even then, the General Services Administration asserted that the federal government believed the FBI needed a new headquarters, and the conversation has reignited during the Biden administration, with federal officials eyeing sites in Prince George’s County — one near the Greenbelt Metro station, the other in Landover — and one in Springfield, Virginia.

The Biden administration’s proposed budget for Fiscal Year 2023, which begins on Oct. 1, includes a provision requiring the head of General Services Administration to make a decision about a new suburban headquarters, and congressional officials have said the agency could announce its choice as early as next month.

Still, there is some question about whether FBI leaders actually want to move out of downtown D.C., a circumstance that could stymie Maryland officials’ long-standing hope of luring the bureau’s headquarters to the state. Even so, they are marshaling their arguments and hoping that an appeal to the Biden administration’s diversity and inclusion goals could be a compelling reason to site the new headquarters in Prince George’s.

In their letter to Robin Carnahan — the head of the General Services Administration and a scion of a prominent Missouri political family — Alsobrooks, Brown, Jones and Mfume noted that the Biden administration released a plan earlier this year for advancing “Equity and Opportunity for Black People and Communities Across the Country.”

“That initiative made clear the President’s strong commitment to ensuring that federal resources are more equitably distributed to communities of color that have historically been disadvantaged when it comes to federal investment,” the officials wrote. “This is an extension of a longstanding commitment, dating back to the Carter Administration, to include equity considerations in decision-making about where to locate federal facilities. We urge you to see the siting of the new consolidated FBI headquarters as part of that commitment. Locating it in Prince George’s County, Maryland, would contribute to the Biden-Harris Administration’s equity goals.”

The quartet went on to argue that even as the federal government expands its presence in the Washington, D.C., suburbs, Prince George’s County has lagged behind — despite being home to 20% of the region’s federal workforce.

“Prince George’s County remains the best positioned to serve as the home of the FBI’s new consolidated headquarters. The county offers a talented and educated workforce ready to support such an investment while taking the best advantage of its economic impact to grow local communities that have historically been left behind in allocations of federal office space. Nearby are world-class research and education institutions like the University of Maryland system and Bowie State University, and the sites are close to the National Security Agency; U.S. Cyber Command; Secret Service Training Center; Bureau of Alcohol, Tobacco, Firearms Explosives National Laboratory System; Joint Base Andrews; the Federal Law Enforcement Training Center facility in Cheltenham; BWI Marshall Airport; and the Reagan National Airport.

“We hope you will take all of these factors into strong consideration when making a final decision on site selection,” the letter concluded.

The General Services Administration did not immediately respond to a request for comment Monday. 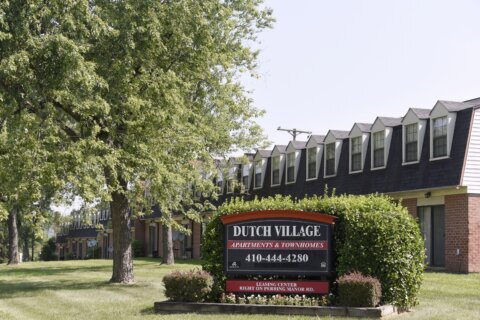