A top official with the Maryland Department of Transportation warned local leaders in the D.C. region on Monday that a recent vote against a controversial highway-widening project puts other road and transit improvements in jeopardy.
Listen now to WTOP News WTOP.com | Alexa | Google Home | WTOP App | 103.5 FM

A top official with the Maryland Department of Transportation warned local leaders in the D.C. region on Monday that a recent vote against a controversial highway-widening project puts other road and transit improvements in jeopardy.

In a letter to the head of the National Capital Region’s Transportation Planning Board, Deputy Secretary R. Earl Lewis Jr. said the panel’s June 16 vote to remove the I-495/I-270 project from a federally-required environmental review blows a hole in the state’s long-range planning.

Hogan (R) and other top transportation officials have said the “P3” approach is beneficial for Maryland because private firms will not only finance and construct new “express toll lanes” on the two highways and rebuild the bridge at “no net cost to the state,” the companies will also be responsible for maintenance of both the “managed lanes” and the existing lanes, which will remain toll-free.

“TPB’s action to exclude the I 495/270 HOT Lanes projects from the [Long-Range Transportation Plan] essentially removes the assumed $6 billion in private sector revenues, which were slated to fund the replacement of the American Legion Memorial Bridge…,” Lewis wrote.

“This infusion of private sector capital enabled the State to leverage the Transportation Trust Fund balance to support other critical transit and highway projects,” he added.

Lewis said that other National Capital Region projects that are currently “modeled for construction will almost certainly need to be downgraded to studies or removed entirely to offset the loss of revenue for system preservation costs” for the bridge and the two highways.

He did not identify the projects at risk of being “downgraded,” nor did he contend that such actions were inevitable.

Allen (D), a member of the D.C. Council, said he would consult with TPB staff to determine whether Lewis’s assertions hold water.

“I feel like [Hogan is] playing a game of chicken,” Elrich told WTOP. “This is not really helpful.”

Frederick County Council member Kai Hagen (D) also rejected MDOT’s claim, calling it a “short-term, self-serving way to try to defend a point of view that has no basis in fact.”

Hagen, a member of the TPB who voted in favor of the motion to drop the Beltway/I-270 project, said the state should pursue federal funding for the new bridge. He also urged MDOT to consider “a more economically responsible, less risky, more environmentally responsible” option for easing traffic on I-270 — such as building two reversible lanes rather than four lanes.

“We’ve got the biggest [federal] infrastructure proposals ever on the table,” Hagen said. “(MDOT) is just scare-mongering.”

The June 16 motion to remove the I-495/I-270 project from the federal Air Quality Conformity Analysis was made by a top Montgomery transportation official on Elrich’s behalf. The amendment was adopted on vote of 9.2 to 5.7, under the Transportation Planning Board’s “weighted” voting system.

At the time of the vote, seats set aside for the Maryland Senate and the Virginia House of Delegates were vacant, but one of those vacancies has been filled on Monday, Maryland Matters has learned.

“I think it’s been a mistake for us not to have somebody on that board to start with,” said King. “I just need to be the Senate representative. That’s all there is to it.”

Top officials in Annapolis and Richmond, and within the Maryland and Virginia transportation departments, have been scrambling in the wake of last week’s board action to engineer a re-vote — and the appointment of King is part of that effort, according to multiple sources.

Backers of the highway widening — in government and in the business sector — hope to add and flip enough votes to swing the outcome, perhaps as early as next month.

Lewis, the MDOT deputy secretary, told the board in his letter that “MDOT will submit a revised package of inputs and financial information for TPB’s consideration at its July 21 Board meeting.”

“The TPB will have to review and take action to approve the revised set of conformity inputs to be used in the regional air quality conformity analysis for the plan update,” he instructed.

The plan to engineer a re-vote is predicated on a supporter of the Elrich amendment moving for reconsideration, according to the board’s rules. One source said that two members of the panel were prepared to do so, but the person refused to identify them.

Allen cast doubt on the re-vote strategy, saying that staff has been instructed that it must submit its list of projects to the U.S. Department of Transportation by the end of June to avoid “putting other federal dollars at risk.”

“The TPB voted — and voted by a significant margin — to not include this project,” Allen said. “You had pretty close to a conformity of your elected officials across Maryland that all didn’t support this and didn’t want this to move forward.”

“Part of what I’ve got to do is make sure we keep TPB’s work on track and on progress,” he added. “We’ve got communication from U.S. DOT telling us this needs to move forward. You can’t any do extensions of time.”

Edgar Gonzalez, the head of the Suburban Maryland Transportation Alliance, called King “an outstanding selection” to serve on the TPB. “She is a voice to balance the views of the existing representative from the House of Delegates. I am very happy that she was appointed.” 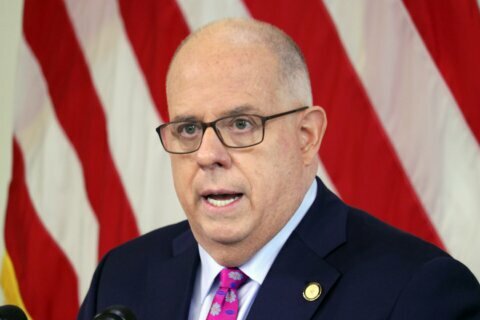 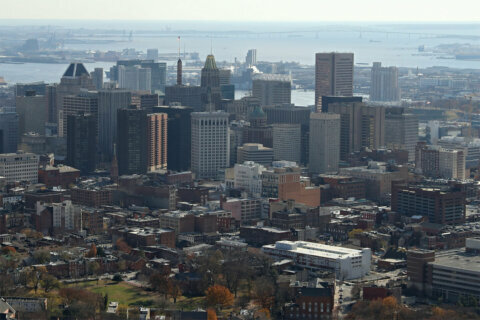