RUSSIA-UKRAINE WAR: Live updates | Ukraine mounts rescue effort at steel mill | 'Double standard' on Ukrainian refugees | From civilian to soldier | GOP splinters over $40B for Ukraine
Home » Maryland News » From Annapolis to the…

From Annapolis to the National Mall: The Soul Box Project

Over 700 folded boxes outside of the Maryland State House in Annapolis represent a Marylander lost to gunfire over the course of a year.
Listen now to WTOP News WTOP.com | Alexa | Google Home | WTOP App | 103.5 FM
(1/5) 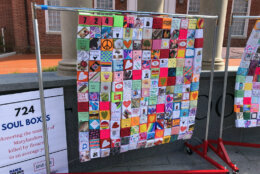 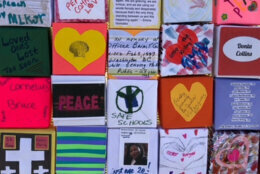 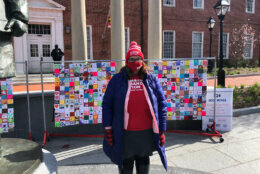 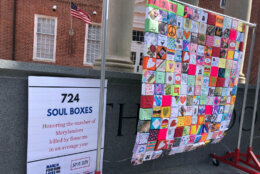 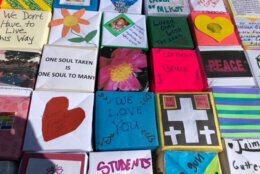 That’s how many folded paper boxes appeared on Lawyer’s Mall outside of the Maryland State House in Annapolis on Friday morning.

Called Soul Boxes, each one represents a Marylander lost to gunfire over the course of a year, including accidental shootings and suicides.

Laura Evans, a spokesperson for the Soul Box Project, explained the boxes are made by volunteers and people who’ve been directly affected by gun violence.

“People put their loved ones faces on the boxes, they’ll put little quotes, they’ll put things inside of the boxes to represent a memory of the person who’s been lost to gunfire,” she said.

Evans said that more than 160,000 Soul Boxes have been created so far as part of the national project.

The Soul Boxes will be displayed on the National Mall in Washington, D.C., on Oct. 16 and 17.

“We hear about the shootings, suicides, gun violence and mass shootings, but until you see it, you don’t get a sense for the real number of lives lost,” Evans said.