The incumbents on the ballot in the state's U.S. House races, including the longest-serving House Democrat, the recent winner of an April special election in Baltimore and the state's lone congressional Republican, all cruised to victory Tuesday night.
Listen now to WTOP News WTOP.com | Alexa | Google Home | WTOP App | 103.5 FM

An unprecedented election — carried out amid a global pandemic and with massive early voting numbers — led to status quo when it comes to Maryland’s congressional delegation.

The incumbents on the ballot in the state’s U.S. House races, including the longest-serving House Democrat, the recent winner of an April special election in Baltimore and the state’s lone congressional Republican, all cruised to victory Tuesday night.

With unofficial results being reported by Maryland election officials Tuesday night, The Associated Press called races in the closely watched 7th District, where Rep. Kweisi Mfume, who has been in office for six months, beat back a challenge from Republican Kimberly Klacik.

The AP also projected a victory for Rep. Andy Harris, the only state’s only congressional Republican, in the 1st District.

Shortly after 11 p.m. Tuesday, the Maryland State Board of Elections was reporting results that included ballots cast during early voting as well as a portion of ballots cast on Election Day and via mail-in ballots.

Here’s a rundown of all the congressional races in Maryland.

In Maryland’s 1st District, which includes Maryland’s Eastern Shore, as well as parts of Baltimore, Harford and Carroll counties, Harris fended off a challenge from Democrat Mia Mason, a military veteran and transgender woman.

In recent weeks, he was far outpacing his opponent in terms of fundraising.

In the 2nd District, which includes parts of Baltimore City, as well as Howard, Baltimore and Anne Arundel counties, Democratic Rep. Dutch Ruppersberger was reelected to a 10th term.

It was the second time Sarbanes, who has held the seat since 2007, faced Anthony, a retired Army lieutenant colonel.

Sarbanes is the author of the House bill known as H.R. 1, known as the “For the People Act,” which aims to curb government corruption, which he has said is a top priority in the new Congress.

In the 5th District, which includes all of Charles, St. Mary’s, and Calvert counties, as well as parts of Prince George’s and Anne Arundel counties, Rep. Steny Hoyer handily defeated Republican Chris Palombi.

Hoyer has held this office since 1981. He is currently the House majority leader and the longest-serving House Democrat.

With 81% of Election Day results reported, Hoyer was leading Palombi, a former U.S. Capitol Police officer and web programmer, by 70.5% to 29.2%.

In the 6th District, which includes parts of Montgomery and Frederick counties, first-term Democratic Rep. David Trone was projected to fend off a Republican challenge by Maryland state Del. Neil Parrott.

Trone, the co-founder of Total Wine and More, first won the election to the seat in 2018, with 59% of the vote.

Trone’s district had been the subject of a 2019 Supreme Court case over gerrymandering, but a five-member conservative majority ruled the federal courts couldn’t remedy the issue.

The 7th District, which includes over half of Baltimore City, as well as parts of Baltimore County and most of Howard County, was the site of one of the most closely watched congressional races in Maryland — although, as expected, the seat safely stayed in Democratic hands.

Democrat Kweisi Mfume, who previously held the seat in the 1980s and 1990s, won the seat in a special election in April after the death of longtime Rep. Elijah Cummings and will now serve a full term.

With 99% of Election Day results posted, Mfume maintained a massive lead over Kimberly Klacik, 73% to 26.7%.

Klacik, who does not live in the district, won support on social media from President Donald Trump, appeared in a video played at the Republican National Conference and raked in huge fundraising numbers,

In the 8th District, which includes parts of Montgomery, Frederick and Carroll counties, Democrat Jamie Raskin was reelected to a third term.

With 100% of Election Day results report, Raskin, a former constitutional law professor and  one of the most vocal congressional critics of the Trump administration, was leading Republican challenger Gregory Coll 65.4% to 34.5%. 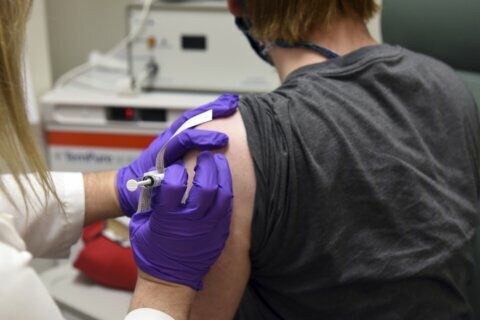 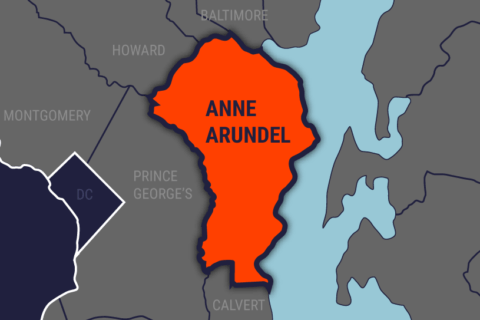