It represents a dramatic departure from how the chamber normally conducts its business, though elements of the plan resemble the restrictions put in place in March, during the closing days of the 2020 session, as Maryland’s infection rate began to rise.

The 90-day General Assembly session is scheduled to begin on Jan. 13.

The plan was put together in consultation with public health experts, lawmakers from both parties, representatives from local governments, citizens groups and the Annapolis lobbying corps, the Senate President’s office said in a statement.

The Maryland Chamber of Commerce was also consulted, as were labor leaders, the region’s press association and others.

The plan applies to the Senate only. The House of Delegates has not released its plan yet and it could not immediately be learned Friday when House leaders will do so.

The Senate will operate in one of three stages, depending on the extent of coronavirus infection among lawmakers, staff and others.

Stage 3 is the most “normal” of the three. The Senate will be in Stage 3 when there is little or no disease activity in the State House complex.

Stage 3 envisions two hours of debate and voting on the Senate floor per session, with members who wish to watch and vote from a committee room allowed to do so. (The Senate has several members who are over 70 years of age, putting them in a high-risk group.)

Committee hearings will be held virtually, with members in their offices. Voting will take place in-person in committee rooms.

Office meetings with constituents, lobbyists or others will be limited to two visitors at a time; guests must be escorted into and out of the two Senate office buildings.

The Senate will drop to Stage 2 when there is “low level disease activity with documented exposures requiring quarantine.”

In Stage 2, “floor” debate and voting will move to committee rooms and be held virtually. Bill hearings will be held remotely, with members in their offices. Campus access will be limited to legislators, staff and media. No visitors will be allowed.

The Senate will revert to Stage 1 if there is an “increase” in COVID-19 infection “or multiple instances of disease activity and potential transmutation; pandemic conditions.”

Under Stage 1, debate and voting will be paused. All hearings will be virtual, with select voting “as necessary.”

Lobbyists who were recently interviewed before Friday’s Senate announcement said they were already preparing for a departure from normal.

“It’s going to change the way we do business,” said Sushant Sidh, a partner at Capitol Strategies LLC. “I don’t think it’s going to be scary. It’s just going to be a matter of adjustment.”

Kristen Harbeson, political director of the Maryland League of Conservation Voters, lamented the lack of in-person access to legislators.

“These ‘I just need three seconds’ conversations with lawmakers in the hallways are the foundation of what we do,” she said.

But she also struck a hopeful note: “It could make it easier for community members to weigh in, because they won’t have to go to Annapolis and sign up to testify and wait for hours to testify for two minutes.”

Josh Kurtz contributed to this report. 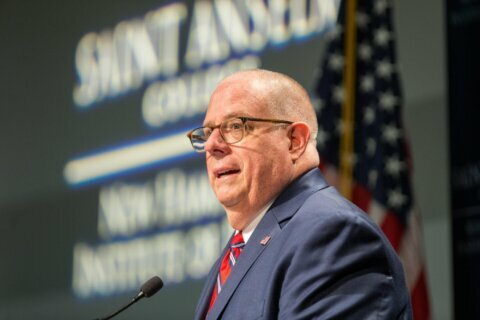