The plan for the public-private partnership to build the Purple Line may be coming apart, but Maryland state transportation officials continue to assure local governments that they are committed to finishing the project.

“MDOT and MTA are working with [Purple Line Transit Partners] on an orderly transition and that transition is not complete,” said Erin Henson, the transportation department’s spokeswoman, in a statement. “At this time, PLTC, who is in the Design-Build contractor for PLTP, is still doing construction work on the Purple Line.”

The Purple Line Transit Partners has been managing the construction of the project, which has a total price tag of $2.4 billion.

Montgomery County Council member Tom Hucker, a supporter of the 16-mile light rail project that’s intended to link Bethesda with New Carrollton, said in the past that state transportation officials have repeatedly told the county “they’re very committed to finishing the project come hell or high water without further delay while minimizing additional cost to taxpayers.”

Hucker, whose district includes communities affected by the construction, said, “People in my district and all over Montgomery and Prince George’s counties have put up with lots of delays and lots of disruption and lots of noise and other things for a couple of years now.”

Prince George’s County Executive Angela Alsobrooks said in a statement, “MDOT and the concessionaires must implement a transition plan that limits the negative impacts to our businesses and residents.”

Hucker said there are a variety of options open to state transportation officials. They could simply rehire some of the contractors on the project, hire new contractors under a new public-private partnership or employ new contractors with the state overseeing the project in the more traditional design-build model.

Bottom line, Hucker said, is the local governments should not have to be on the hook for more money.

But in the meantime, the departing contractors will be securing sites already under construction.

Hucker said local governments are being told, “They will patch every pothole, they will repave every street before they leave.” 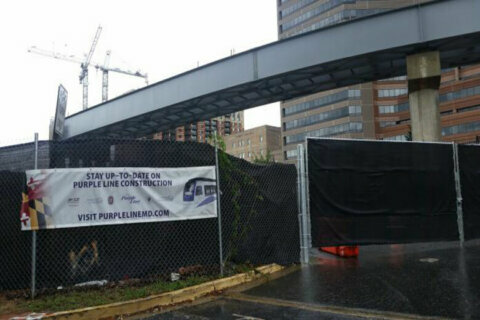 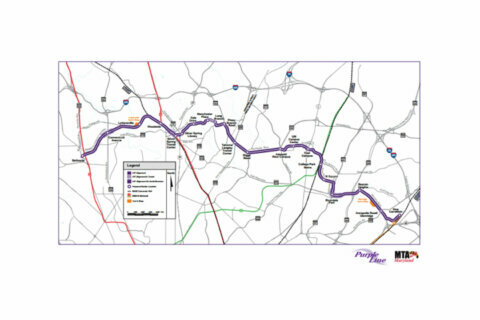