Construction work continues on the long-delayed Purple Line that will connect Maryland's Montgomery and Prince George's counties, even as a major squabble between the builders and the state remains unresolved.
Listen now to WTOP News WTOP.com | Alexa | Google Home | WTOP App | 103.5 FM

Construction work continues on the long-delayed Purple Line that will connect Maryland’s Montgomery and Prince George’s counties, even as a major squabble between the builders and the state remains unresolved.

MTA’s Vernon Hartsock at @purplelinenow forum: The state is fully committed to finishing the Purple Line, regardless of the outcome of negotiations with the contractors

A judge last week ordered the companies that had threatened to quit the public-private partnership to stay on the job until mid-September as contract negotiations continue.

Ralph Bennett, president of Purple Line NOW, said amid the negotiations he believes the state remains committed to finishing the 16-mile light rail line that will connect Bethesda and New Carrollton.

Prince George’s County Council member Danielle Glaros said it’s having an impact on area real estate at a time when residents in both counties are struggling as a result of the coronavirus pandemic.

Casey Anderson, who chairs the Montgomery County Planning Board, said: “If we don’t have a growing housing supply that can match population growth and job growth, it only aggravates the affordability problem.”

“We are heavily under construction, we have roads closed, we have people who have been inconvenienced … and we are anxiously awaiting this project to get to completion,” Glaros said.

Glaros added that the 2022 open date is “slipping a little bit” because of the dispute but is “hopeful to have a more secure timeline in the near future as the state works through everything.” 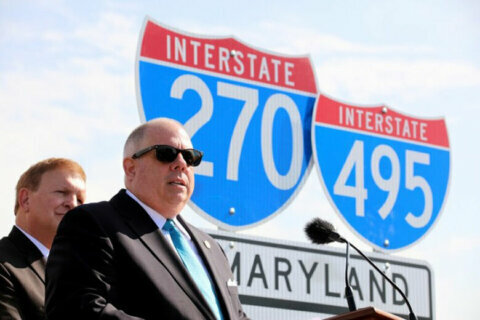