The parents of Richard Collins III, who was murdered at a bus stop in College Park in 2017, joined lawmakers in Annapolis to change the state's hate-crime laws.
Listen now to WTOP News WTOP.com | Alexa | Google Home | WTOP App | 103.5 FM

The parents of a Bowie State University student murdered at a bus stop in College Park, Maryland, in 2017 joined lawmakers in Annapolis on Tuesday to change the state’s hate-crime laws.

Dawn Collins, the mother of Army 2nd Lt. Richard Collins III, had a simple message: “Don’t let another mother feel the pain that I feel daily.”

His father, Rick Collins, told reporters that the couple’s efforts were “the thing that we owe to our son’s legacy.”

The bills introduced in the Maryland House and Senate would broaden the state’s hate-crime laws so that when a charge is brought, prosecutors would not have to prove that hate was the sole motive.

Prince George’s County State’s Attorney Aisha Braveboy said that House Bill 917 and Senate Bill 606 would make sure “that anyone who is motivated in whole or in part by hate in the commission of a crime is held fully accountable and responsible for their actions.”

Richard Collins III was stabbed to death at a bus stop on the College Park campus of the University of Maryland in May 2017.

Sean Urbanski, of Severna Park, was convicted of murder last December, but a hate-crime charge against him was thrown out by a judge who said the state failed to meet the legal burden of proof.

State Del. C.T. Wilson, D-Charles County, spoke passionately on behalf of the bills, saying the current climate in the country has emboldened people who want to carry out hate crimes.

“Before, they were just a lunatic fringe, and now, they are out there and they’ve got a voice,” Wilson said.

Wilson also told reporters, “We will get this fixed. We will make sure that each and every person understands that we are better than this.”

Representatives from national groups, including the Southern Poverty Law Center and the Anti-Defamation League, also lobbied in favor of the bills.

Meredith Weisel, a senior associate regional director with the Anti-Defamation League, said the bill would close a loophole.

“One of the most challenging aspects of a hate crime prosecution is proving causation,” Weisel told reporters. “Requiring prosecutors to prove that hate or bias was the sole motivating factor underlying a crime is an extremely high standard that gives hate crime offenders an easy defense.”

Nadia Aziz, policy counsel for the Stop Hate Project with the Lawyers Committee for Civil Rights Under Law, said, “Hate crimes are a national crisis — in Maryland alone, hate crimes increased 27% from 2016 to 2018.”

Karen Baynes-Dunning, interim president of the Southern Poverty Law Center, said her organization publishes a “hate map” each year that tracks the activity of hate groups across the country.

“The number of these groups has decreased” in Maryland, Baynes-Dunning said, “but the violence and the crime has increased.”

Three white nationalist groups operate in Maryland, and “two of them target college students,” she said. The map for 2019 will be released in the next few weeks.

Urbanski will be sentenced in April. Braveboy has said she will seek a sentence of life in prison without the opportunity for parole. 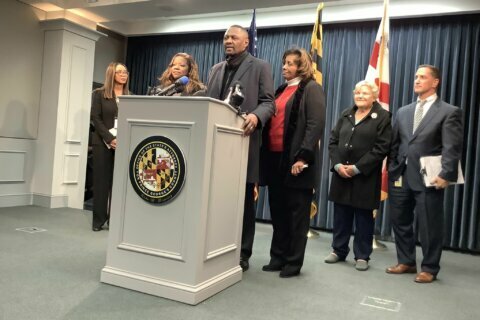 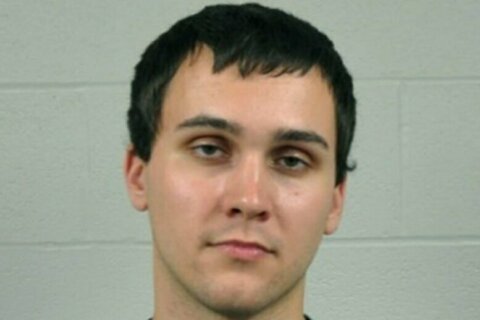