A state lawmaker from Prince George’s County, Maryland, who abruptly resigned from her seat last week, has been charged with federal wire fraud.

State Del. Tawanna P. Gaines, 67, of Berwyn, Maryland, is accused of using a secret PayPal account to pocket more than $22,000 in donations meant as campaign contributions for her personal use.

In a criminal information filed by the U.S. Attorney’s Office for the District of Maryland, federal prosecutors said Gaines funneled campaign contributions intended for her official “Friends of Tawanna P. Gaines” campaign committee into the PayPal account, which she controlled.

The PayPal account was also not disclosed in state campaign finance filings, according to prosecutors.

Between January 2015 and April 2018, Gaines pocketed more than $22,000 in campaign contributions, prosecutors said.

If convicted, Gaines faces a maximum sentence of 20 years in prison.

The longtime lawmaker is expected to make her first appearance and be arraigned Oct. 17 in U.S. District Court in Greenbelt, Maryland.

Before her surprise resignation Friday, Gaines had served in the Maryland statehouse since 2001, including as vice chair of the powerful Appropriations Committee and as assistant majority leader.

In a brief statement issued before the filing of federal charges were public Monday, Maryland House Speaker Adrienne Jones said, “As elected officials, we have an obligation to uphold the public trust, both in office and in our campaigns. We cannot sacrifice that trust for personal gain for ourselves or our family members. I wish Delegate Gaines the best during this challenging time.”

This isn’t the first time Gaines has been beset by campaign finance issues, according to Maryland Matters, which tallied up 13 campaign violations and $2,160 in fines since 2006, based on state records. 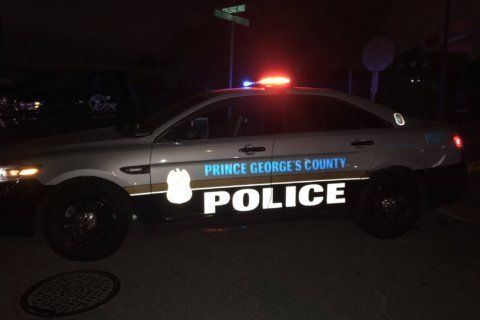