A senior member of the Maryland House of Delegates has abruptly resigned amid rumors and a published report that a federal probe of her campaign finances is underway.

“It came as a shock to me — and fast,” said state Sen. Paul G. Pinsky (D-Prince George’s), who represents the 22nd District, which covers Greenbelt, Riverdale and sections of Hyattsville and College Park, with Gaines.

Gaines, 67, did not respond to telephone and email messages from Maryland Matters on Monday.

Jones’ office released a terse statement, suggesting that Gaines is resigning due to some sort of ethical lapse.

“On Friday, I accepted the resignation of Delegate Tawanna P. Gaines,” Jones said in the statement. “Delegate Gaines has been a dedicated member of the Maryland House of Delegates for 16 years.”

“As elected officials, we have an obligation to uphold the public trust, both in office and in our campaigns. We cannot sacrifice that trust for personal gain for ourselves or our family members. I wish Delegate Gaines the best during this challenging time.”

Gaines has run afoul of state authorities in the past due to campaign finance violations. Her campaign committee has been audited several times by the Maryland State Board of Elections, with referrals to the Office of the State Prosecutor for failing to file accurate or timely campaign finance reports.

Gaines has 13 campaign violations since 2006, with a total of $2,160 in fines assessed. She has a balance of $1,000 in unpaid fines, according to state records. In July, her committee was given notice that it needed to file amended reports for two reporting periods in 2018.

Pinsky said that in the years he has worked with Gaines, he has been struck by her relative disinterest in fundraising, and she has usually been the weakest fundraiser among the District 22 incumbents, he said. Gaines reported $6,000 in her campaign account in mid-January, after raising just $1,000 the previous year.

Gaines, a former mayor of Berwyn Heights, was appointed to the legislature in 2001 to replace then-Del. Richard A. Palumbo (D), who resigned to take a judgeship.

She has been reelected five times since and has risen through the ranks in the House, becoming vice chairwoman of the Appropriations Committee in 2015. Just last month, Jones named Gaines to lead the Capital Budget Committee.

Gaines has been personally close to Jones. When Jones launched what was then seen as a long shot bid to become speaker following the death of previous Speaker Michael E. Busch (D) in April, Gaines was one of her most vocal supporters. Jones eventually withdrew from the three-way race for speaker, but then emerged as the compromise choice when the Democratic Caucus deadlocked over the two other candidates, House Appropriations Chairwoman Maggie L. McIntosh (D-Baltimore City) and Economic Matters Chairman Dereck E. Davis (D-Prince George’s).

In 2015, Gaines was the recipient of the Casper R. Taylor Jr. Founder’s Award, which is presented to a sitting member of the House for “steadfast commitment to public service and the integrity of the House of Delegates.”

“She’s been a trusted friend and a straight shooter and a hard worker,” Pinsky said in an interview. “I’ve always been pleased to have her on the [District 22] team.”

With Gaines’ resignation, Jones will have to fill her slot as vice chairwoman of Appropriations and as head of the Capital Budget Committee (a slot Jones held until becoming speaker). With a white chairwoman from Baltimore — McIntosh — it’s conceivable that Jones will seek a person of color, possibly from the D.C. suburbs, to serve as vice chair.

Alexandra R. Hughes, Jones’ chief of staff, said Monday that no announcements about replacements are imminent.

The Prince George’s County Democratic Central Committee will recommend a replacement for Gaines’ House seat to Maryland Gov. Larry Hogan (R), who will have the final say.

Speculation for possible appointees centers on Nicole A. Williams, an attorney and former member of the central committee who ran unsuccessfully for the House in the 2018 Democratic primary; Hyattsville Mayor Candace Hollingsworth; Greenbelt Mayor Emmet V. Jordan, a member of the central committee; Greenbelt Councilman Colin Byrd; and Rushern L. Baker IV, an artist and community activist who sought a House seat in 2014 and is the son of former Prince George’s County Executive Rushern L. Baker III (D). The elder Baker represented District 22 in the legislature from 1995 to 2003.

Former Del. Justin Ross, who served from 2003 to 2012, has also been mentioned as a possible placement. But he’s a registered lobbyist in Annapolis and a powerbroker in the Prince George’s County economic development world, and is unlikely to want to return to the legislature. 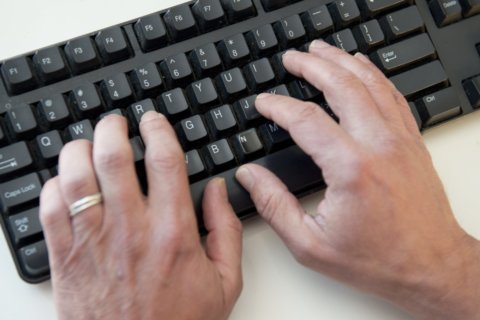