Maryland lawmakers heard from family members affected by gun violence as well as gun-rights supporters in Annapolis on a day that is often referred to as "gun day" in the capital.
Listen now to WTOP News WTOP.com | Alexa | Google Home | WTOP App | 103.5 FM

WASHINGTON — Maryland lawmakers heard from family members affected by gun violence as well as gun-rights supporters in Annapolis on a day that is often referred to as “gun day” in the capital.

Lawmakers are considering bills that would add new requirements to the sale and transfer of shotguns and rifles, make the manufacture of 3D-printed “ghost guns” illegal, and would add a particular type of long gun to the existing list of already “regulated firearms,” essentially banning it if purchased after Oct. 1, 2013.

Jan Donohoe McNamara testified about the night her family heard that her brother-in-law, Capital Gazette reporter John McNamara, was among the five people targeted in the deadly attack at the local news outlet in June 2018.

McNamara talked about how she and her young daughters waited for news that night out in the family’s yard. She recalled her daughter’s reaction to sitting outside, seeing the glow of fireflies sparkle like tiny stars in the sky.

“Rather than finding the sight comforting,” McNamara said, “the girls were confused that the world could still seem so calm and beautiful when something so ugly had just happened.”

McNamara told lawmakers, “The man who stormed the Gazette newsroom less than four miles away from where we are sitting right now used a long gun to destroy as many lives as he could.”

She testified in favor of new restrictions on the sale and transfer of long guns under House Bill 786.

“This particular legislation is just paperwork,” said Karla Mooney, a certified instructor with a group called The Well Armed Woman, an organization that offers firearms instruction to women.

Mooney told lawmakers, “You guys are trying to eliminate criminals from having firearms — criminals aren’t listening to your laws.”

Kelly Small, a Maryland resident who explained she was in postgraduate studies in social work and specialized in the area of child welfare, told lawmakers she opposed the bill, saying, “because in my line of work, I have learned that you cannot legislate good and responsible behavior.”

Lobbyist Gil Genn testified in favor of the bill and referred to the recent arrest of a Silver Spring man who federal prosecutors said intended to kill as many people as possible.

Genn pointed out that Coast Guard Lt. Christopher Paul Hasson, 49, had no criminal record, yet “had fifteen guns, 1,000 rounds of ammunition.”

Court documents indicate that Hasson had a list of people he intended to target, and that he’d written about killing a large number of people. Prosecutors wrote Hasson plotted “to murder innocent civilians on a scale rarely seen in this country.”

House Bill 740 targets so-called “ghost guns,” firearms that are made using a 3D printer and that don’t have serial numbers. Maryland Del. Kathleen Dumais submitted the legislation, concerned over the possibility of having guns that are not traceable in circulation.

He told the panel, “Make no mistake, this bill is 100 percent aimed at banning the home manufacture of firearms.”

Commerford told the House Judiciary Committee, “Home manufacture of firearms is a long-standing tradition that dates back to before our country’s revolution.”

Another bill, House Bill 612, would effectively ban the Colt AR-15 Sporter H-Bar rifle. The bill would simply add the currently legal firearm to the list of those that are regulated as “an assault long gun.” Under the bill, it would be illegal to possess the firearm if bought after Oct. 2013.

What matters most to Marylanders? Pocketbook issues 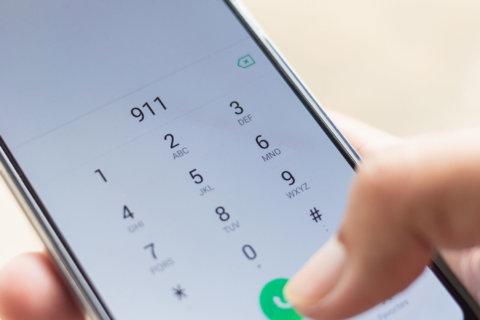 Maryland’s 911 system is overdue for an upgrade, state lawmaker says

Md. bill would allow some noncitizens to be police officers Maryland lawmakers to debate who will oversee state’s alcohol laws