"We're proud to have some of the best schools in America, and today, we're announcing the best of the best," Hogan told school administrators and superintendents gathered for the announcement.
Listen now to WTOP News WTOP.com | Alexa | Google Home | WTOP App | 103.5 FM

“We’re proud to have some of the best schools in America, and today, we’re announcing the best of the best,” Hogan told school administrators and superintendents gathered for the announcement.

Glenarden Woods Elementary School in Prince George’s County was among those honored.

Glenarden Woods was cited for high performance on the PARCC exams and an accelerated program that focuses on science, technology and engineering.

Fifty-five percent of the students attending Glenarden Woods are identified as economically disadvantaged, but the PARCC scores show 82 percent scored at or above expectations on the English Language Arts exam.

Glenarden is one of the state’s five-star schools, under a new five-star rating announced by Maryland State Department of Education.

Frederick County’s Urbana High school was named a blue ribbon school, cited for its PARCC scores and International Baccalaureate and Advance Placement programs. It’s also been given a five-star rating under the state’s new accountability standards.

Each of the six schools that received awards scored in the top 15 percent of state schools on the PARCC exams.

The award by the state means now the schools can apply to the U.S. Department of Education for national Blue Ribbon status.

Under the state program, the six schools will get interactive technology equipment, a cash award of $1,000 for office supplies, and a dinner celebrating the awards will be held in March. 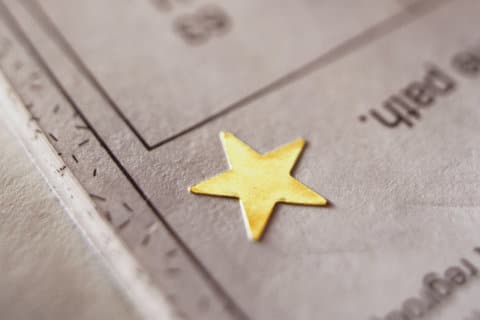