The Maryland political community is reeling from the sudden death of Baltimore County Executive Kevin Kamenetz of a heart attack early Thursday, and the status of the governor’s race is up in the air, a political observer told WTOP.
Listen now to WTOP News WTOP.com | Alexa | Google Home | WTOP App | 103.5 FM

WASHINGTON — The Maryland political community is reeling from the sudden death of Baltimore County Executive Kevin Kamenetz of a heart attack early Thursday, and the status of the governor’s race is up in the air, a political observer told WTOP.

Erin Cox, the Baltimore Sun’s State House bureau chief, said Thursday afternoon that the death of Kamenetz, 60 — who was also a Democratic candidate in the race for governor — left political figures on both sides of the aisle “stunned” and “shocked, whether they’re critics or longtime political sparring partners, or people who couldn’t wait to see him be the next governor.”

Kamenetz died hours after a candidates forum at Bowie State University, and Cox echoed the general consensus that he was a “healthy and vigorous” man.

He had been in public office for nearly 25 years and county executive for eight, Cox said, adding that his career would probably best be remembered for two initiatives.

“He was one of the first politicians who boldly said steel isn’t coming back to eastern Baltimore County, to Sparrows Point — ‘we need to figure out something else to do there,’” Cox said. Since then, companies including FedEx, Under Armour, Amazon and Pasha Automotive have moved into the Dundalk site; just two days ago, the Sun reported, a company announced that a hydroponic greenhouse would be built there.

He also undertook the “risky and politically expensive” initiative to rebuild all the county’s schools, Cox said, a move that’s still underway.

Kamenetz would be remembered for his manner, Cox said, describing it as “unapologetically abrasive at times.”

“He thought of himself as a straight-talking person who said what needed to be said and got things done,” Cox said, adding that he liked the “image of himself as an impatient and urgent person.”

What about the race?

Kamenetz was running second or third in the seven-member Democratic field of candidates to challenge Gov. Larry Hogan, with about a quarter of the Democratic electorate behind him, Cox said.

It’s too soon to speculate how the other candidates will adapt, or to ask Kamenetz’s staff about their futures, Cox said, but “his supporters will have to pick someone else or stay home,” and it’s hard to know how they’ll break.

She characterized Kamenetz supporters as residents of Baltimore County who “liked candidates with experience.”

With so many candidates, “it’s hard to predict exactly how his supporters will pick a new candidate, but it definitely upends the conventional thinking of what the race was going to look like.”

By law, Cox said, Kamenetz’s running mate, former Montgomery County Councilwoman Valerie Ervin, has a week to decide who should run in his place. She can name herself.

As of January of this year, The Washington Post reported, Kamenetz had about $2 million in the bank for his race. “It’s possible that all that money just folds in to whomever his successor is,” Cox said. 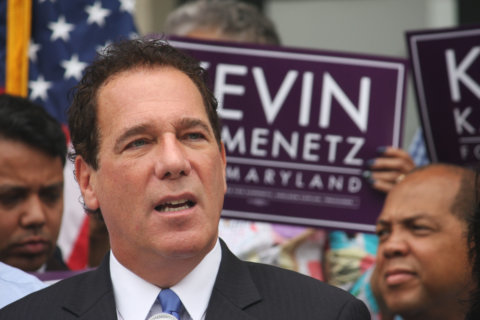 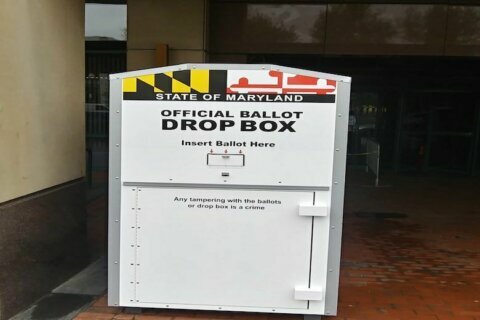