A bill scheduled for hearing in the Maryland General Assembly in March is designed to protect victims of domestic violence from guns. If it passes, it will have come too late for one family.
Listen now to WTOP News WTOP.com | Alexa | Google Home | WTOP App | 103.5 FM

WASHINGTON — Are regular protective orders enough when guns are in the picture?

That is the question behind one Maryland delegate’s bill which will be heard in the state house on March 1.

If passed, Maryland would join five states that already have “lethal violence protective orders” that allow law enforcement to seize guns in domestic violence cases. Similar legislation is in process in 18 other states and D.C.

Valentino-Smith said family members or law enforcement could “immediately approach the judicial system when they have clear and convincing evidence that somebody is a danger to themselves and others, and they own a gun.”

The “ex parte lethal violence protective order” would temporarily take guns away from potentially violent individuals. Currently, the system in Maryland requires courts to schedule a hearing that would prohibit a person from having access to guns for one year.

Valentino-Smith argues, however, that the lag between the immediate domestic threat and the hearing is problematic.

“We need a sense of urgency, and timeliness, and process for those that have actual knowledge there’s a gun owner who’s likely to be violent to himself or others,” she said.

Take for example the case of Candace Carnathan, who was killed on Jan. 27 by her husband, Calvin, just a day after she sought a protective order against him.

Calvin Carnathan, of White Plains, Md., then turned the gun on himself, leaving their three children without parents.

In the protective order, Candace Carnathan marked in three places that her husband had access to a shotgun. She was later shot and killed by the same weapon. Calvin Carnathan had no prior violent offenses in Maryland.

When Calvin Carnathan was served with the protective order the night before, he said “I’m not going to hurt anyone,” according to Candace Carnathan’s sister, Sydney Miles.

“Unfortunately, we have seen, time and time again, if we don’t have a process to intercede and secure the gun, we face tragedy, and we are vulnerable to tragedy,” she said. 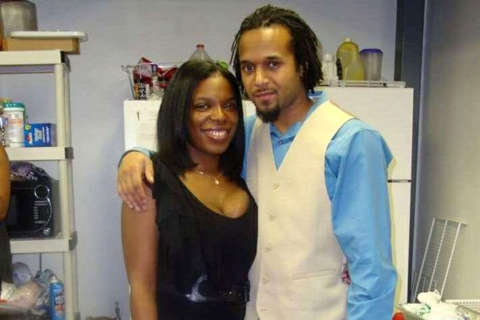 Exclusive: After taking in kids orphaned by murder-suicide, Md. family asks for help Exclusive: Md. woman likely killed by shotgun she asked courts to take from her husband