Exclusive: After taking in kids orphaned by murder-suicide, Md. family asks for help

The family of Candace Carnathan, who was killed in a murder-suicide by her husband a day after she sought a protective order against him, is asking for the community's help in caring for the couple's three orphaned children.
Listen now to WTOP News WTOP.com | Alexa | Google Home | WTOP App | 103.5 FM
(1/2) 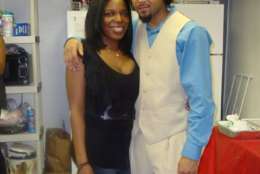 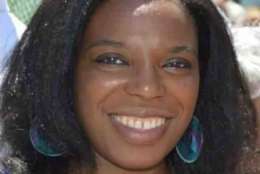 WASHINGTON — Nearly a month after investigators say a White Plains man killed his wife and turned the gun on himself, their three orphaned children are left to pick up the pieces.

Candace Carnathan, 33, sought a protective order against her husband the day before the shooting. Now, her family is asking for help from the community in supporting the couple’s kids.

“Since they first got together, that’s one thing he’d always say, is that he was going to kill himself,” said Sydney Miles, Candace Carnathan’s younger sister.

Miles doesn’t know whether her brother-in-law was mentally ill, but said he would often threaten to take his life in what seemed to be an attempt to manipulate his wife.

“We all became immune to it … and then the next day he would, of course, be OK,” Miles said. “So it was a shock to all of this that this is what had happened.”

Calvin Carnathan killed his wife of 12 years on Jan. 27 while their three children were home, the Charles County Sheriff’s Department said. It was the day after she got a protective order, reporting that Calvin slapped her and had been tracking her movements. She marked in three places on the protective order petition that her husband Calvin had access to a shotgun, according to court documents.

Miles confirmed the same gun was used in her murder. A judge did not mandate sheriff’s deputies to confiscate the weapon in issuing the order.

Calvin Carnathan had no prior violent offenses in Maryland, and Capt. Stephen Salvas, with the sheriff’s department, said Carnathan left peacefully when he was served the protective order at the family home in White Plains the evening of Jan. 26.

Miles spoke with Calvin the night before the shooting.

“And his words were, ‘I’m not going to hurt anyone. I would never hurt your sister. I love her. She’s my world. If anything, I’d just harm myself,'” Miles said.

Miles and Candace’s older sister, Stevonna, has four children of her own. She’s adopted her nephews and niece and set up an online fundraiser for their counseling and education.

“They’re 11, 10 and 7, and they all have birthdays coming up,” she said. “So, we’re just trying to keep everything together, and keep them together and make sure they are OK.”

Exclusive: Md. woman likely killed by shotgun she asked courts to take from her husband