The Maryland Legislative Policy Committee voted to update the sexual harassment policy. Among the changes: Incidents of sexual harassment will be documented and made available to the public.
Listen now to WTOP News WTOP.com | Alexa | Google Home | WTOP App | 103.5 FM

BETHESDA, Md. — The national conversation on sexual harassment and treatment of women in the workplace has made it to Annapolis, where members of the Maryland General Assembly will kick off the lawmaking season in January.

Referring to the climate for women in Annapolis, Maryland State Senator Cheryl Kagan said, “We all have our #MeToo stories” but didn’t elaborate beyond that statement. She said the update to the legislature’s policy on how complaints of sexual harassment should be handled is encouraging but incomplete.

“I’m not sure the conversation is over yet. The Women’s Legislator’s Caucus has not yet weighed in. I think they need to hear our views and I suspect we can do a little better than what they first proposed,” Kagan said.

Under the updated policies, when a complaint is made and action is taken, the names of those involved will not be made public. State Senator Nancy King said that is not necessarily a bad thing.

“If I’m a person that has had a problem and I have made a report, maybe I don’t want it to be public” King said.

A veteran of state house politics, King said she has never suffered sexual harassment but the message being sent by the change to personnel policies is a positive one and it tells women, “Put your foot down now, fill out that form, make that complaint.” King said it allows targets of discrimination to tell their harassers, “I’m not going to take that from you.”

Documentation of incidents of sexual harassment will be reported annually to the Legislative Policy Committee and members of the public could see whatever disciplinary measures are taken against a lawmaker or staff members. The Joint Committee on Legislative Ethics could take action against a member up to and including expulsion.

Jodi Finkelstein, Executive Director of Montgomery County’s Commission for Women, said the fight for better treatment of women in the workplace has been going on for decades. She points out that the Commission for Women was established by law in 1972.

Finkelstein would like to see more women elected to the House and Senate in Maryland’s General Assembly, but she adds one caveat: Women should be elected if they are accomplished and bring good ideas to the table. “When I look up and down the ballot and I see a woman, I will certainly look to see what she has to say, but I’m not going to vote for a woman just because she’s a woman.” 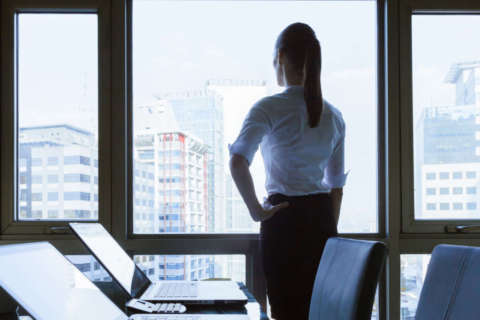 Workplace sexual harassment needs to be tackled from the top, expert says