For children in pre-K through second grade, the only exception would be if a child deliberately brought a gun to school. In-school suspensions would still be allowed as well.
Listen now to WTOP News WTOP.com | Alexa | Google Home | WTOP App | 103.5 FM

WASHINGTON — Kids in pre-K through second grade could no longer be suspended out of school or expelled under a bill being considered in Maryland.

The only exception would be if a child deliberately brought a gun to school.

In-school suspensions for young students would still be allowed.

Members of the House Ways and Means Committee heard testimony about the bill last week in Annapolis.

“No kid who’s 5 should be suspended or expelled, because it’s not helping the student mature or develop. It’s not effective for the classroom,” said Del. Brooke Lierman, a Democrat representing Maryland’s 46th District who is also the bill’s sponsor.

Out-of-school suspensions and expulsions increased 17.5 percent during the 2015-2016 school year, Lierman said, and 2,363 students in pre-K through second grade were suspended out of school or expelled.

“Children who are suspended or expelled are 10 times more likely to drop out of high school, experience academic failure, have negative attitudes towards school, and face incarceration,” she said. “So this is the school-to-prison pipeline that we are seeing.”

Del. Eric Luedtke, a Democrat representing Maryland’s 14th District, was concerned about taking away such a behavioral management tool.

“We want to make sure we replace it with something effective,” he said.

Del. Jay Walker, a Democrat representing the 26th District, also weighed the effectiveness of such a measure.

“If we’re trying to teach folks how to conform to a society which we establish the rules and guidelines for, is this is the best thing that we can do?” he asked.

But Tina Dove, a lobbyist with the Maryland State Education Association, said that educators “can’t teach students who aren’t here.”

“If we are not going to teach children how to behave in school at age 4 and 5 and 6 and 7, when will we actually teach them?” she asked.

Virginia lawmakers are also trying to address this issue this year. 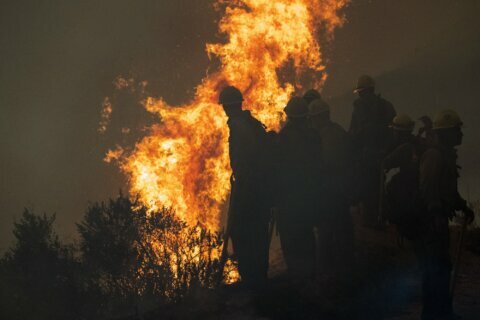